A number of leftwing groups have banded together and announced that they will shut down Washington, D.C. on December 7th.

On December 7 when Congress returns for the end of the legislative calendar we’re taking bold direct action to demand that Congress pass the programs that they promised us & we voted for. https://t.co/CINC109qsh

BREAKING: We're back at the house of DHS Secretary Mayorkas, and we brought receipts.

In these 115 boxes are Trump's 115 ICE contracts, which the Biden administration promised to cancel. Instead Mayorkas has kept them in place, turning local police into extensions of ICE. pic.twitter.com/44o0Ay5GHy

December 7: Shut Down Business as Usual!

In 2020, Democrats took control of the House, Senate and White House promising to push a sweeping package of reforms including massive spending on healthcare, climate justice, accountability for police, Supreme Court reform, housing, federal voting rights legislation, breaking down barriers to organizing unions, and statehood for the people of DC.

For the first 11 months of the year much of that agenda has been stalled by a Republican filibuster in the Senate and inaction among a handful of ‘centrists’ who are more concerned about their donors and special interests than about improving lives for people in our communities.

As 2021 comes to a close the timeline for passing key pillars of the progressive agenda is rapidly waning.

For too much of the Washington, DC establishment, it’s still business as usual with polite lunch meetings, press conferences, and inaction while ‘negotiations’ play out. If we want to win the breakthroughs we need in this moment, we need to disrupt business as usual and open up space for a new kind of politics.

Various groups have been assigned intersections to block during the morning with a rally in front of the Capitol slated for later in the day. 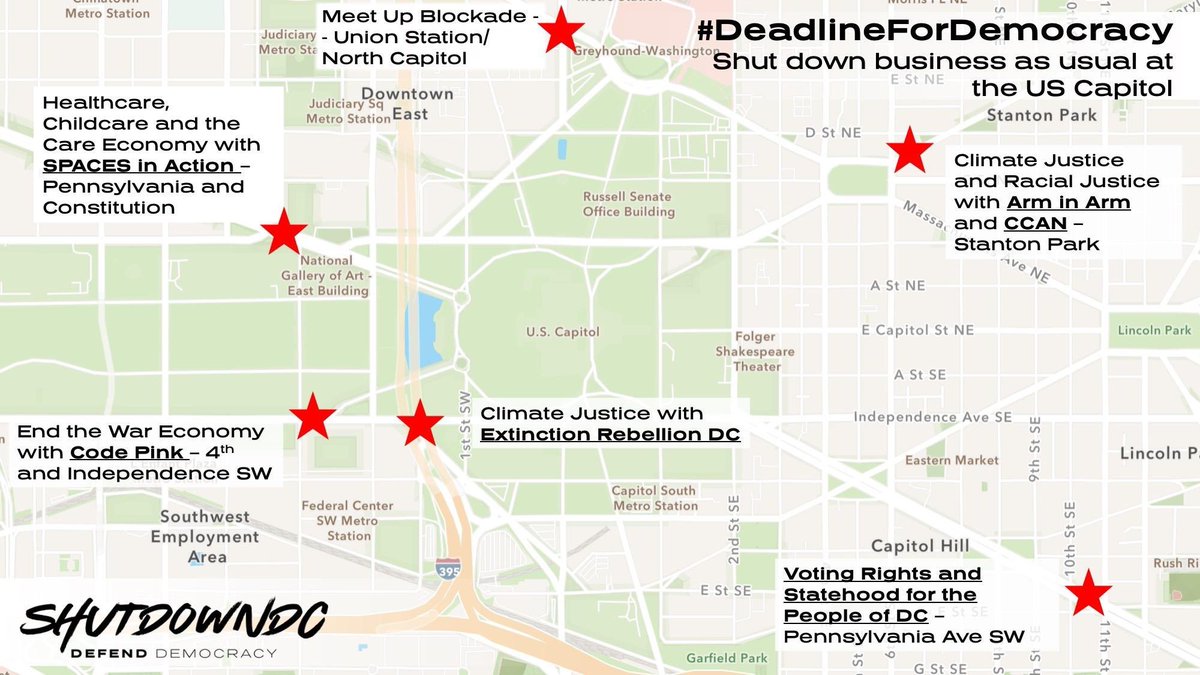 The D.C. authorities are taking it seriously and have gone so far as to issue a traffic bulletin. 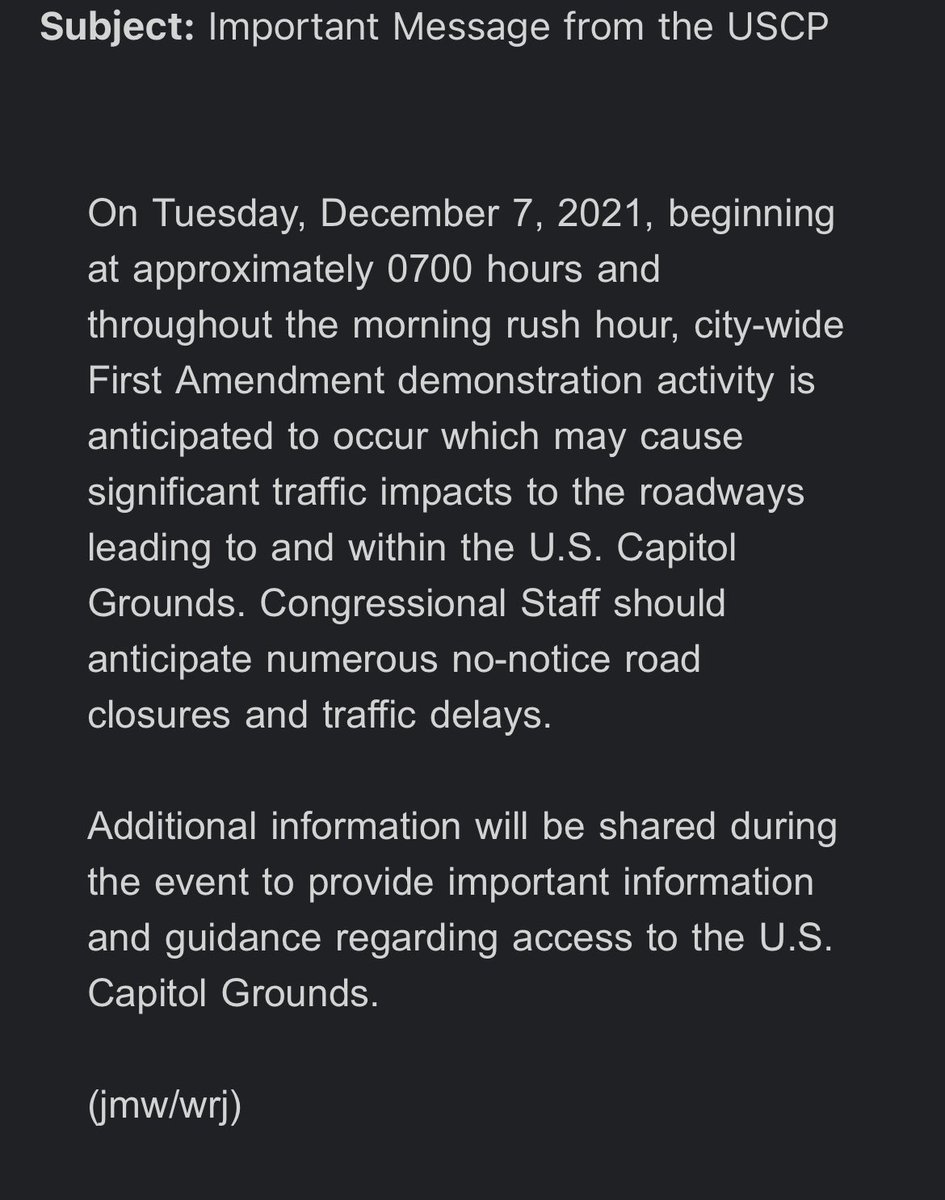 Right now the left’s base is demoralized. They have discovered, much to their dismay, that not only did the Democrats not “respect them in the morning,” the Democrats can’t even remember their name and are trying to push them out of the door before the neighbors notice. They can’t go to their favorite tactic of violence in the streets because that would damage Joe Biden.

Since some small number of them can read, they probably understand that next year will be a bloodbath and the Republicans will most likely take control of the House and Senate, putting an end to all of their silly demands for at least two years. Tomorrow will be a show of strength. How many people can they turn out?

We also need to be on the lookout for U-Haul trucks carrying dozens of fit-looking white guys in matching blue jackets, khaki pants, and baseball caps carrying riot-control shields showing up to cause a riot (see Feds in Khaki Pants March in DC). Because that, and not the left’s demonstration, may be the objective here.