Moi aussi? Canadian Prime Minister Justin Trudeau And His Me Too Moment Just as Canadian Prime Minster Justin Trudeau is riding a bump in his popularity for sticking up for Canadian things in regards to President Donald Trump and trade, he has this hit him.

The woman who alleged Prime Minister Justin Trudeau touched her inappropriately some two decades ago issued a statement Friday saying the incident happened as described — but she now wants to be left alone.

“I issue this statement reluctantly, in response to mounting media pressure to confirm that I was the reporter who was the subject of the Open Eyes editorial, published in the Creston Valley Advance in August of 2000,” the former journalist wrote.

“The incident referred to in the editorial did occur, as reported. Mr. Trudeau did apologize the next day. I did not pursue the incident at the time and will not be pursuing the incident further. I have had no subsequent contact with Mr. Trudeau, before or after he became Prime Minister.”

To this point, CBC News has opted not to reveal the woman’s identity.

The woman, who said she has since left journalism, added she will not speak any further about the incident.

“The debate, if it continues, will continue without my involvement,” she said.

So the Prime Minister ALLEGEDLY acted inappropriately back in 2000. The reporter who experienced this received an apology, never reported the incident and does not want to discuss it any further.

This is why people hate politics.

The Prime Minister was asked about this and had this interesting recollection…..

“Over the past weeks, since this news resurfaced, I’ve been reflecting, we’ve all been reflecting, on past behaviours,” he said. “And as I’ve said, I’m confident I didn’t act inappropriately, but I think the essence of this is people can experience interactions differently and part of the lesson we need to learn in this moment of collective awakening … people in many cases, women, experience interactions in professional contexts and other contexts differently than men.

This REALLY is why people hate politics.

So we have a lady who does not want to talk about something that she did talk to people about back in 2000 that disturbed her. She had no idea this guy would one day be Prime Minister of Canada and that this story would be dragged up to put a ding in his armor.

She does not want to talk than leave it alone.

However, before we continue with trade talks here in the United States with our friendly neigbor to the north, can someone explain something to me.

What in the hell is a “collective awakening” and is that the Canadians version of “Locker Room talk”? 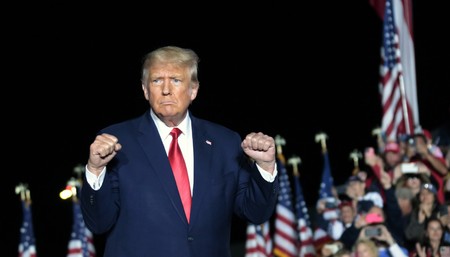 There's Something Fishy About the Special Counsel Investigating Trump
Townhall
Vatican's response to court convicting cardinal in Hong Kong is nothing short of 'absolutely shameful'
Twitchy
Antifa Goes Wild After Twitter Crackdown, Promises Immediate Consequences for Elon Musk
Redstate
Even WaPo Admits That Covid Is Now a Pandemic of the Vaccinated
PJ Media