Earlier this year, it became clear that China was trying to interfere in the 2020 presidential election. But this is not the extent of the Chinese Communist Party’s (CCP) propaganda efforts in the United States.

The Daily Caller reported that “an English-language newspaper controlled by the Chinese Communist Party’s propaganda department paid U.S. media companies nearly $2 million for printing and advertising expenses over the past six months, even amid heightened scrutiny over Beijing’s disinformation efforts in the West.”

The newspaper, which is called “China Daily,” paid millions of dollars to several American news outlets to push CCP propaganda in the U.S. According to the Daily Caller,

“China Daily paid The Wall Street Journal more than $85,000 and the Los Angeles Times $340,000 for advertising campaigns between May and October 2020, according to a disclosure that the propaganda mill filed this week with the Justice Department under the Foreign Agents Registration Act (FARA).

Overall, China Daily spent more than $4.4 million on printing, distribution, advertising and administration expenses over the past six months, according to the FARA filing.”

The CCP’s State Council Information Office, which serves as the government’s propaganda apparatus, has paid newspapers and magazines in the U.S. and other western nations for years to publish “advertorials” written to look like actual news articles. China Daily paid The Washington Post over $4.6 million between late 2016 and October 2019. The Wall Street Journal was paid $6 million for advertorials between 2016 and April 2020.

The Chinese propaganda agency’s articles are titled “China Watch” and have an apparent pro-CCP slant. The writers create content supporting Beijing’s agenda. The content that China Daily publishes on the Journal includes “numerous articles first published by China Daily touting Beijing’s handling of the coronavirus pandemic, which originated in Wuhan last year,” according to the Daily Caller. “Apple CEO: China Getting Outbreak Under Control” is the title of one of the articles on the Journal’s site.

Other articles criticize high-profile U.S. officials who have tied the COVID-19 outbreak to China. In fact, the propaganda agency even helped to promote the leftist notion that referring to the pandemic as the “Wuhan virus” or “Chinese flu” is racist.

It isn’t a coincidence that the CCP’s propaganda efforts are aligned with the American far-left. Their attempts to meddle in the U.S. election was intended to help former Vice President Joe Biden. Beijing has a vested interest in siding with the progressive crowd; there are several points of intersection between the CCP and the far-left in the U.S. when it comes to ideology.

It is also worth noting that China would much rather deal with Biden and the Democrats than President Trump, who was much harder on the Chinese regime than his predecessors. If Biden becomes the next president, the CCP will likely propagandize in favor of the Democrats, and left-leaning outlets like The Washington Post and The Los Angeles Times will gladly accept their money and advertorials. After all, why wouldn’t they? They’re getting paid to allow a foreign entity to promote their views. Sounds like a pretty nice deal for the far-left, doesn’t it? 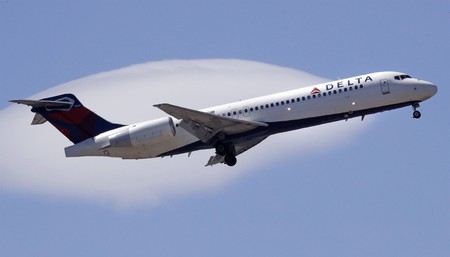