Does Anyone Care About Federalism Anymore? 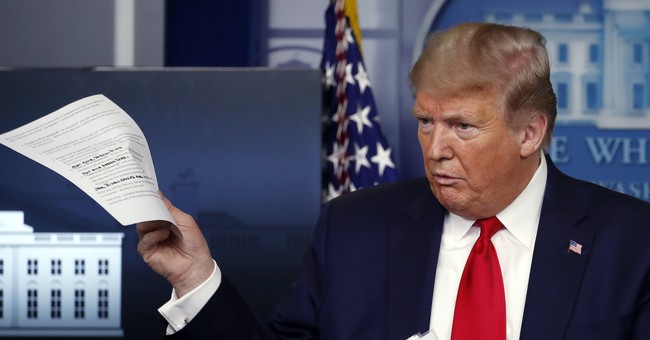 On Monday, President Donald Trump lashed out against members of the press, who indicated that the nation’s governors have the power to ease restrictions as the number of COVID-19 cases begins to decrease. Instead, the president claimed that he has the definitive authority to remove the regulations that each state has imposed to protect its citizens.

In a series of posts on Twitter, Trump wrote:

For the purpose of creating conflict and confusion, some in the Fake News Media are saying that it is the Governors decision to open up the states, not that of the President of the United States & the Federal Government. Let it be fully understood that this is incorrect….

….It is the decision of the President, and for many good reasons. With that being said, the Administration and I are working closely with the Governors, and this will continue. A decision by me, in conjunction with the Governors and input from others, will be made shortly!

Naturally, the corporate media responded by suddenly falling in love with the idea of state’s rights, a concept that progressives have routinely reviled. But wait, weren’t they just whining about Trump “placing the onus on governors” to decide what will happen with their states just last week? It’s almost like they think we don’t notice the shameless hypocrisy.

Several high-profile progressives castigated the president for his supposed authoritarian nature, less than a week after slamming him for not being enough of an authoritarian. You can’t make this stuff up, folks.

Nevertheless, it’s important to note that there are serious issues with the president’s proclamation. To put it plainly, Trump was dead wrong. Let’s put the shoe on the other foot. Imagine how conservatives would react if Barack Obama made such a statement in the face of a viral outbreak. It certainly wouldn’t be pretty, and rightly so.

The reality is that he does not have the authority to order states to reopen their economies. That decision is left up to each state’s government and usually falls under the purview of the governors. Put simply, Trump has no business trying to determine when and how a governor decides to reopen their states.

The tenth amendment clearly states, “The powers not delegated to the United States by the Constitution, nor prohibited by it to the States, are reserved to the States respectively, or to the people.”

Nowhere in the Constitution does it say that the president has the power to force states to shut down their economies to combat a virus. Each state has the right to determine the best way to protect its citizens. The federal government’s role is to support the states in situations like the COVID-19 outbreak.

The president has the power to implement and alter federal health guidelines. The White House can make recommendations regarding the response to the virus. However, states are not required to follow the federal government’s guidance.

President Trump had it right the first time. Leaving the effort to combat the virus up to the governors is the exact role he should play. To be fair, it appears that Trump has not behaved in accordance with his own words so far; He has not attempted to compel states to follow his guidelines and will likely refrain from doing so in the future.

When asked if he agreed with Florida Gov. Ron DeSantis’ decision to potentially reopen schools next month, the president maintained that he still had the authority to make the call, but indicated that he would allow governors to handle the response. “I like to allow governors to make decisions without overruling them, because from a constitutional standpoint, that’s the way it should be done,” he said.

The fact of the matter is this: The Constitution does not grant the president the authority to compel states to acquiesce to his guidance. State’s rights are still a thing, regardless of the opinions of those on the left who whined about Trump’s refusal to take a more authoritarian approach to the coronavirus outbreak.

Just as we cannot allow the COVID-19 response to give the government more power, it is also essential that we hold to the values upon which the nation was founded. Otherwise, we might find ourselves in a much worse predicament than we are in currently.