Without speaking Russian, I can’t decide the intent for myself to make this call, but I’m willing to consider, as some have suggested, that it was said tongue-in-cheek, in order to make a bigger point.

The Hill has reported on a curious segment of a Russian television panel show, as guests discussed the decline of the American political system, as well as the weakness of U.S. intelligence.

Well, that doesn’t sound very friendly, does it?

Vyacheslav Nikonov, a member of the Russian parliamentary body, the Duma, made the remarks on the panel show “Sunday Evening with Vladimir Solovyov.”

The focus of the episode was the decline of U.S. power in the world. In that context, said University of Virginia professor Allen Lynch via email, Nikonov was less stating the extent of Russia’s involvement in the 2016 election, and more mocking the resulting chaos as emblematic of U.S. weakness.

“His point in making the remark was that if the U.S. can’t protect the integrity of its own electoral system, then how powerful can it really be?” wrote Lynch.

We all know (or should know) it’s not quite as simple as he would have us believe.

The U.S. intelligence community is unified in their assertions that it was Russian players who attempted to interfere in the 2016 election by hacking into DNC emails and providing the information to WikiLeaks.

Russian President Putin denies it, while President Trump has expressed doubts, himself. 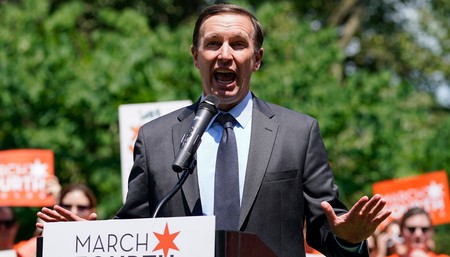 A Transgender 'Mother' Who Has Two Transgender Kids, Advocates For This State to Become a 'Trans Refuge'
Townhall
Jerome Adams' attempted swipe at DeSantis over 'health decisions' BACKFIRES in a most spectacular way
Twitchy
Defense Secretary Lloyd Austin's Statement on Downing of Chinese Balloon Is Ironic Comedy at Its Best
Redstate
Biden's Story About the Spy Balloon Doesn't Add Up; Here's What Most Likely Happened
PJ Media