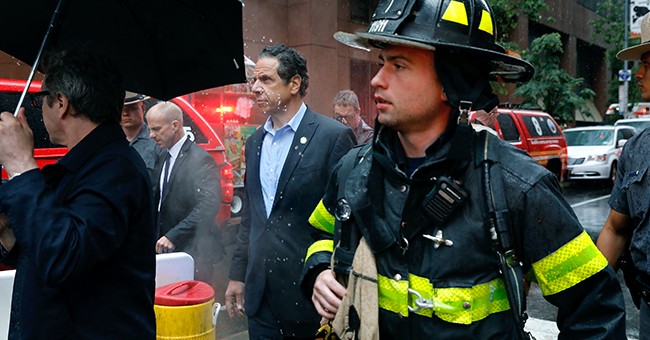 New York Gov. Andrew Cuomo, center, and first responder personnel walk near the scene where a helicopter was reported to have crash landed on top of a building in midtown Manhattan, Monday, June 10, 2019, in New York. (AP Photo/Mark Lennihan)

It is too early to make a definitive statement, but it is difficult to imagine hospitalizations surging. The dramatic increase of hospital discharges and the smaller number of new ICU patients all indicate clinicians are learning more about how to manage the virus and mitigate its effects.