I’m traveling across the country helping Republican candidates take back the House of Representatives from Democrats and help put our country back on the path to prosperity. Here on RedState I will take you along to see what I’m seeing as we work to re-take our government.

A few days ago, I traveled to Arizona’s Eighth Congressional District to campaign with Jesse Kelly. Jesse is working hard with the Republican grassroots to defeat Democrat Gabrielle Giffords. Jesse’s energetic supporters were eager to hear his conservative message of fiscal responsibility and border security, and I know they’ll work hard to get him elected.

Jesse knows we need to cut reckless government spending programs and lower taxes so businesses can create jobs. He also understands that we have to respect the rule of the law and control our borders.

How important is this race? A local Arizona television station said:

Political experts said the winner of this race could determine who controls the political majority in Washington.

We need Jesse Kelly in Congress to help bring an end to Washington’s reckless ways. 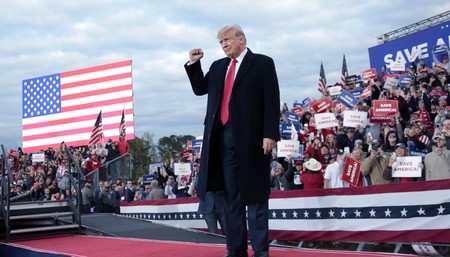 Republican Accused of Praising 'White Life' at Trump Rally, and It Only Gets Dumber From There
Bonchie

Bill Maher Knows Where Progressives Are Going to Blow It on Abortion
Townhall
Gosh, we don't wanna say Nancy Pelosi shoved Republican Mayra Flores' little girl but it KINDA SORTA looks like it (watch and decide)
Twitchy
AOC Has a Barn Burner of a Sunday Delivering Multiple Hot Takes on Abortion Ruling
Redstate
[WATCH] One American Gun Manufacturer Is Fighting Back Against the Left's Wrath
PJ Media