They Told Us It Was Just Going To Be Confederate Statues

They told us it was just going to be Confederate statues. They were symbols of oppression. They represented a group of rebels who turned traitor solely to continue oppressing black slaves. Some of us were fine with it.

But others warned it was a slippery slope.

We have people calling for the removal of statues devoted to George Washington and Thomas Jefferson. The Democratic Party has all but purged the memory of Andrew Jackson (a risky move, given Jackson’s legendary, whiskey-fueled temper).

However, the movement to rid ourselves of our problematic past might have overstepped its bounds as they have now targeted what I assumed were harmless historical figures beloved by children.

Chuck E. Cheese’s animatronic house bands may be getting the boot after years of simultaneously entertaining and terrifying young children. A handful of locations will be updated to exclude the long-running animatronic bands, and according to chief executive Tom Leverton, the company has a “strong hypothesis” that the bands will eventually be phased out at all locations. Instead, the chain will focus on live mascot performers.

“It’s the biggest thing we’ve done for the look and feel of Chuck E. Cheese for two decades,” Leverton told CBS News (via Spin) about their new direction. “The kids stopped looking at the animatronics years and years ago, and they would wait for the live Chuck E. to come out.”

Spearheaded by PETA presumably, the movement seeks to rid Chuck E. Cheese’s across the nation of the statues of a bygone era that allegedly represent the oppression of children through the use of intimidation and fear.

Critics of the move, however, say that this is further proof that the left is attempting to erase the history of this nation and turning our children into snowflakes by trying to protect them from things they believe are scary.

The responsible choice here would be to put these bands in a museum, next to Mayor McCheese, the Hamburglar, and The Noid.

While Crime Victims Continue to be Denied Justice, Gascón's Office Takes a Keen Interest in the Attempted Theft of Supporter John Legend's Porsche 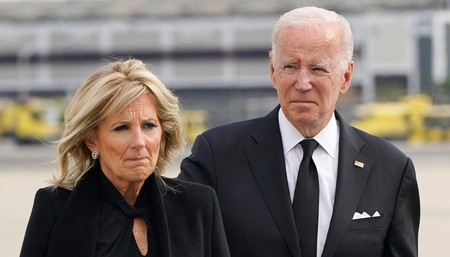