Simone Biles Did Nothing Wrong

Simone Biles on Tuesday withdrew from the Olympic women’s gymnastics competition due to concerns about her mental health. Now, the most decorated female gymnast is receiving an outpouring of criticism and vitriol from people who couldn’t do so much as a cartwheel if their lives depended on it.

During a press conference, Biles told reporters that she pulled out of the event because she was concerned that her mental state could result in a physical injury or other mental health issues. She explained:

I don’t trust myself as much as I used to. I don’t know if it’s age and I’m a little bit more nervous when I do gymnastics. I feel like I’m also not having as much fun. This Olympic Games I wanted it to be for myself but I came in and I felt like I was still doing it for other people. It hurts my heart that doing what I love has been kind of taken away from me to please other people.

The athlete said that her coaches completely supported her decision, explaining that they saw that she “was going through it and they totally agreed it was not worth getting hurt over something so silly.” She continued, stating that “at the end of the day, we want to walk out of here, not be dragged out of here on a stretcher.”

The gymnast also described her experience dealing with the fallout of the revelations that former team doctor Larry Nassar had sexually abused multiple female gymnasts. Biles was one of his victims and is now undergoing therapy to cope with the mental and emotional effects of the abuse. Only two weeks ago, she participated in an interview to discuss the ordeal. During the press briefing, she noted that “therapy has helped a lot” and that it’s “been going really well.” She added:

But whenever you get in a high-stress situation you freak out and you don’t really know how to handle all of those emotions, especially being here at the Olympic Games.

While most seemed to be supportive of Biles’ decision, there were many who castigated her for pulling out of the event, arguing that she should have continued despite concerns about her mental health. Some intimated that she was mentally weak. Others claimed she was being selfish.

He continued, arguing that “we as a society have begun conflating mental health and mental toughness, or grit.”

To put it simply: These folks are wrong.

Those claiming that she should have remained in the competition seem to be overlooking some key details.

For starters, Biles chose to be a gymnast for herself. She entered the Olympics to compete because she wanted to win. This isn’t to say that she was not thrilled about representing America. But the notion that she should have risked injury to please people who, frankly, couldn’t care less about her does not pass the smell test. She was right to acknowledge the problem with the fact that she was doing what she loves primarily for “other people.”

If she had legitimate concerns about her health, who are we to tell her she should risk it for our amusement? As she stated previously, she knew she was not in the right mental space to perform the high-risk maneuvers for which she is famous.

Let’s suppose she continued on because she wished to please everyone else and ended up sustaining a career-ending injury. The rest of us would move on with our lives as if nothing happened while she has to come to terms with no longer being able to continue with a sport she clearly loves. This has nothing to do with grit and everything to do with safety.

Secondly, those claiming that she lacked the mental fortitude to put her health on the line are missing an important element in this equation. Biles has won 30 medals and is seen by many as the greatest gymnast at this point in time. She does not have a history of backing out of events. She was more than able to deal with the pressure of being an Olympian.

When considering the other relevant facts, it is easy to see that her decision to withdraw likely has to do with other deeper issues that she could be facing. While she has not given details, she alluded to it while speaking with reporters. As stated previously, she is still working through issues related to her sexual abuse and that, combined with the pressure and whatever other issues she is facing could easily throw someone off their game.

Lastly, we as a nation need to take mental health more seriously. Sure, much of the taboo surrounding mental health has been diminished. But anyone who has had a friend or relative suffer from mental illness knows that this is not a joke. Depending on the person and illness, these problems aren’t just something one can wave off with a magic wand.

This would be a different story if Biles just stormed off because things weren’t going her way. The criticism would be warranted if she were throwing a temper tantrum over a trivial matter. But faulting her for taking care of her mental health isn’t exactly a good look. Instead of being so quick to judge others, it would be better to think critically about the situation and consider all the facts before formulating our views. After all, is that not how we would want to be treated? 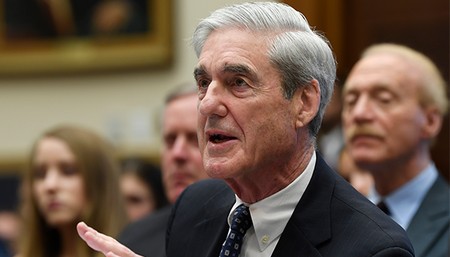