Beware of 'Serpent With the Long Memory' One of my all time favorite books, next to the Bible of course, is a book I stumbled upon at my local bookstore almost twenty years ago.

My late friend and political mentor Sherman Parker had just won a Republican primary for state representative and I was looking for some interesting historical/political material to read.

One particular book caught my attention and I have been re-reading it consistently for close to two decades now.

The book is called The 48 Laws of Power and it is co-written by Robert Greene and Joost Elfers. This is probably the best description of the book that I have come across:

“Robert Greene and Joost Elffers have distilled three thousand years of the history of power into 48 essential laws by drawing from the philosophies of Machiavelli, Sun Tzu, and Carl Von Clausewitz and also from the lives of figures ranging from Henry Kissinger to P.T. Barnum…The 48 Laws of Power is ideal whether your aim is conquest, self-defense, or simply to understand the rules of the game.“

One of the ‘laws’ of the book, number 19 in particular, I believe applies to the current dust up in President Trump’s impeachment trial. The Law says “Know who you’re dealing with – Do not offend the wrong person.”

President Trump has had the most turnover than any administration in recent memory.

Many of the above named former administration officials have written unflattering books or have made unflattering remarks about the president in TV and radio interviews. None of them seem to have had any affect on his popularity with his base

Later today, the President will dodge a potential bullet after senators vote to not call witnesses in his impeachment trial.

Former national security adviser John Bolton was due to be the Democrat House Managers new star witness in their quest to remove President trump from office.

Bolton’s book alleges the President told him directly that aid to Ukraine was directly tied to investigations of the Biden’s potential corruption in Ukraine.

Let Bolton’s book come out, and then play pre and post damage control, which the administration appears to be doing.

Law 19 of 48 laws of Power says there are five “dangerous and difficult types of people”  and one of those types of people is described as the ‘Serpent with the long memory.’

“If hurt or deceived, this man will show no anger on the surface; he will calculate and wait. Then, when he is in a position to turn the tables, he will exact a revenge marked by a cold-blooded shrewdness. Recognize this man by his calculation and cunning in the different areas of his life. He is usually cold and unaffectionate. Be doubly careful of this snake, and if you have somehow injured him, either crush him completely or get him out of your sight.”

The President did ‘get him out of his sight,’ and depending on who’s version you support, Bolton was either fired or he resigned from his position last September.

I don’t believe it’s a coincidence that a leak from Bolton’s upcoming book interjected itself prominently into the impeachment trial at this time and moment.

It was a cold blooded and shrewd act of revenge inflicted at an opportune moment to hurt the President and sell a few books in the process.

I hope this Bolton episode inspires the President to be a bit more diplomatic in the way he relieves his staff of their duties in the future.

Washington is a swamp inhabited with creatures with big egos, and while you’re cleaning up the swamp, you still must be cognizant of the “serpent(s) with the long memory” who still inhabit it.

The Curious Case of Tulsi Gabbard 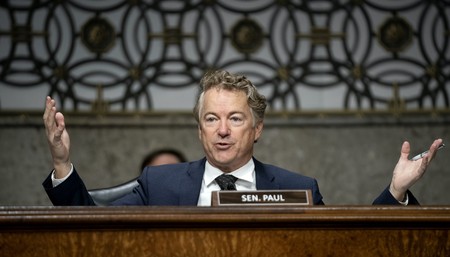 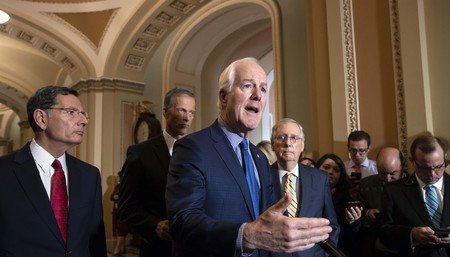