Hobbs team would agree to a 30-minute interview with each candidate individually, as opposed to a one-on-one debate on air with Arizona PBS Host Ted Simons hosting.

“Over the last few weeks, we have worked with Clean Elections to find a format that would lead to a robust discussion of the most pressing issues facing Arizonans,” campaign manager Nicole DeMont wrote to the commission. “Unfortunately, the only modification to the original proposal that Clean Elections offered was loosely enforced time limits.”

DeMont said that Lake would not “produce a good faith debate of ideas.”

JUST IN: @katiehobbs campaign sends a letter to @AZCCEC proposing that debate format be changed to a 30 minute one on one interview with each candidate.

She cites GOP debate as reason for the change.

If rejected and Hobbs ultimately declines, @karilake will get this format. pic.twitter.com/rZA6zFa3Yz

“Katie Hobbs knows she cannot defend the indefensible — Hobbs’ candidacy is a toxic waste heap of open borders, defunding the police, racial discrimination, incompetence, corruption and mismanagement. While Katie Hobbs hides in her bunker, Arizonans of all stripes are uniting behind our next governor, Kari Lake,” Petersen said in an email statement.

In the Senate race, both Republican Blake Masters and incumbent Democratic Sen. Mark Kelly have agreed to a debate on Oct. 6.

Cameron Arcand is a RedState contributor based in Phoenix, Arizona. He was raised in Orange County, California, where he worked campaigns before going into media. He has interviewed many notable people including media personality Dave Rubin, former Wisconsin Gov. Scott Walker, Arizona Gov. Doug Ducey, and Tim Tebow. His other bylines include The Western Journal, The Daily Caller, and The Washington Examiner. In addition, Cameron has appeared on numerous television and radio networks, such as Fox 5 Washington D.C. and One America News. You can follow him on Twitter: @cameron_arcand. For tips and bookings, please email [email protected]. 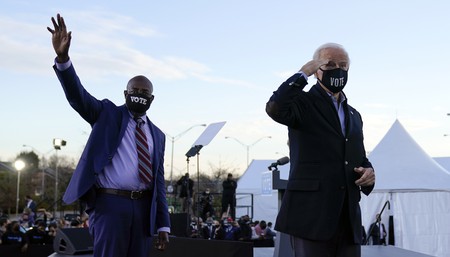