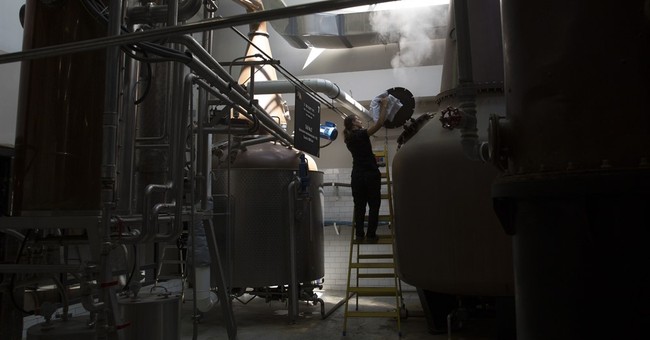 While people are in stasis and businesses struggle here are some uplifting details.

While the country is being ground to halt by governmental overreach and the economy is becoming a growing-in-size question mark, some uplifting news can be of help. With supply lines still in flux and a media-fed run of goods becoming a strain on those who are truly in need of vital staples there are some businesses that are stepping up to aid their communities.

One story out of Florida reflects some of the corporate outreach that is taking place across the nation. On the west coast of Florida, one brewery and one local distillery have teamed up to produce hand sanitizer, a product that very quickly became in short supply during the early stages of the Wuhan coronavirus outbreak. Early on Tito’s Vodka had been forced to issue PSA details that its product was not sufficient for use in creating sanitizer in-home.

Now there are some positive results of this same nature. Bradenton brewery Motorworks Brewing has partnered with nearby Tampa distillery Dark Door Spirits to start crafting their own hand sanitizer. Beyond that, they are donating most of their supply to those probably most in need of the product — area first responders, and to the local nursing homes. This being Florida there is a large contingent of retirees, which have been the age group most threatened by the new viral scourge. Smaller bottles are also being offered to the general public, as needed.

The story behind the partnership for this endeavor is both a lesson in community involvement in business, but it also illustrates some of the steps the Trump administration has taken in the past months to address the challenges in the country, something woefully underreported by a press corps intent on only tearing down the administration during this crisis. Prior to the outbreak, the two companies had already begun working together. The ensuing public crisis had them working in tandem on a solution.

The two companies had begun a project to produce a partnered whiskey, using the byproduct of one of the brewery’s beer. Once the viral crisis struck the two entities remained in partnership, working instead to create the needed sanitizer. This was possible because the Trump administration had removed the regulations that would have prevented this production. Now the two could work together to make the needed alcohol-based product.

This same activity is taking place across the country, with numerous distillers and other businesses which have the ability to craft this needed product for those communities where they are in business. It that unheralded effect of the Trump administration efforts, and frankly one that goes ignored because it is working on an extremely local level. These are the kind of actions taken and results delivered that will be deeply helpful in the coming months of uncertainty.