On Sunday we reported on how numerous young men had gone public over the weekend with allegations that John Weaver, a co-founder of the Never Trump “Lincoln Project” group, had groomed them for sex, often with promises of job offers.

Political writer/book author Ryan Girdusky was the first to bring up the issue after Lincoln Project advisor Stuart Stevens openly bragged on Twitter about the group’s work in preparing an Enemies List of sorts of former Trump administration officials.

After Girdusky’s tweets – and Donald Trump Jr’s retweeting of some of them, the floodgates opened as some of the alleged victims stepped forward to talk about their (alleged) creepy experiences with Weaver.

Though the Democrat-funded Lincoln Project hasn’t made any public statements nor have any of them been asked to comment on the allegations during the interviews they’ve done this week, the group appears to be quietly scrubbing Weaver from their website:

Wow, @projectlincoln has quietly deleted @jwgop from their website after Laura Ingraham reported on allegations against Weaver involving dozens of young men

Screenshots of the pages that were taken down https://t.co/5aDfEg0SuShttps://t.co/AoX9AGHAWd pic.twitter.com/X7qwM6Tt5x

At some point after they removed Weaver’s page from their website, their entire “team” page was scrubbed, according to the Daily Caller. The web archive link takes you to the original page where Weaver’s photo appeared along with the rest of the “team” including fellow grifters George Conway and Rick Wilson. But as of this writing, the “team” page is no longer there.

Investigative journalist Scott Steadman, who originally wrote about his alleged disturbing experiences with Weaver as well in this lengthy Twitter thread, published an update on his website Thursday on how Weaver allegedly “sent sexually suggestive messages to at least two dozen men and offered political connections while asking for sexual favors”:

New: I spoke with more than two dozen young men who said they received sexually charged messages from @ProjectLincoln founder John Weaver, who, in some cases, offered job opportunities in exchange for sexual favors. I recount some of the experiences here:https://t.co/bRaP09hqL5

Over the weekend, one Twitter user alleged that Weaver raped a friend of his, and claimed that Weaver’s alleged predatory behavior was an “open secret”:

John Weaver DM’ed and followed virtually every young gay on this site.

Even I was reached out to on an old account, but not sexually.

One of my friends has even shared with me that John Weaver raped him years ago.

It’s incredible how open of a secret this is but no reporting. https://t.co/a04wmyZDR8

Like his fellow Lincoln Project teammates, Weaver has issued no public comment either himself or through a lawyer about what’s been alleged, and his Twitter account has been silent since just a few days after the election.

The mainstream media appears to have no curiosity about this story either, in spite of their prior statements about the need to allow alleged victims of alleged sexual misconduct or assault to have their voices heard. 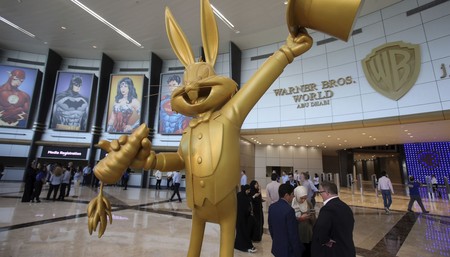