Breaking — Mass Shooting in Kenosha, Wisconsin Where at Least Three Are Dead and Eight Others Wounded

A late-night shooting in a Kenosha Wisconsin bar has left at least two dead and six others wounded.

Here is some video from the scene early on Sunday morning. 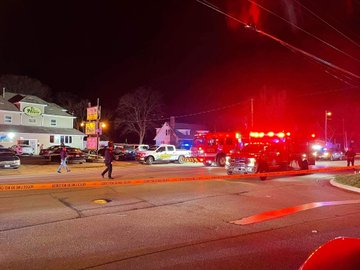 The Somers House Bar where the shooting occurred is reported to be frequented mainly by college students.  Reports are that the shooter is a black male with dreadlocks.  There are mixed reports as of about 5:00 am ET as to whether he is in custody or not.

I’ll try to report further information as it becomes available on Sunday.