Chickening Out? Congress Considering a Temporary Fix to DACA

Yes, those are chickens. I’m not trying to be even the tiniest bit subtle with the metaphors today, people.

Congress might be chickening out when it comes to how to address the illegal immigrants who have been protected from deportation under former President Barack Obama’s Deferred Action for Childhood Arrivals (DACA) executive order.

Just a few weeks after the government ended up in a shutdown for a few days because Congress is stupid and can’t manage their budget and the Democrats wanted to engage in some grandstanding for their base, the next deadlines are rapidly approaching.

And — quelle surprise! — there’s a pretty decent chance CNN might get to fire up their super-snazzy GOVERNMENT SHUTDOWN CLOCK graphic because everyone still sounds like they are having the same arguments they were last month.

One of the major stumbling blocks to a workable deal is finding a legislative fix for DACA that’s acceptable to everyone. According to a report today from Politico, Congress is considering creating yet another temporary fix instead, “a temporary extension — perhaps one year — of their legal protections paired with a little bit of cash for border security.”

Currently, Congress has until February 8 to agree on funding the government and avoiding a new shutdown, and until March 5 to deal with the DACA issue, according to President Donald Trump’s deadline.

The March 5 deadline still could be extended due to current federal litigation. However, since DACA applications and renewals take months to process, that means that allowing the deadline to pass could leave those whose protections expire in the coming weeks vulnerable to deportation, and others left in a confusing legal limbo.

Trump tweeted this morning about DACA, reaffirming his previous stance that he would want to see strong border security measures as a part of any DACA bill in order to sign it.

Any deal on DACA that does not include STRONG border security and the desperately needed WALL is a total waste of time. March 5th is rapidly approaching and the Dems seem not to care about DACA. Make a deal!

Sen. Lindsey Graham (R-SC) told Politico that a temporary DACA fix would “be a real loss,” but “that may be where we’re headed because, you know, Congress is pretty dysfunctional.”

Other Senators were similarly critical of the idea.

Sen. Thom Tillis (R-NC) called a one-year DACA fix “misguided” and “a lazy way out of fixing a problem that we’re on the brink of being able to fix.”

“To be back here a year from now, doing this again … that would be like Plan Z,” said Sen. Marco Rubio (R-FL) . “Everybody, across the board, is prepared to do something, you know, that gets permanency to elements of this issue.”

Sen. Majority Whip John Cornyn (R-TX) had told reporters last week that he would be “disappointed in that outcome,” if Congress pursues a one-year fix.

We have all these members of Congress willing to go on the record to criticize the idea of a one-year DACA fix, but note none of them said they would definitely vote against it, or even that they don’t think it will happen.

So here we are are, three days before the next government shutdown deadline and one month before the DACA deadline, and oh, what’s that on the calendar in November?

Is there some significant date that would be passed if Congress kicks this DACA can down the road a year? 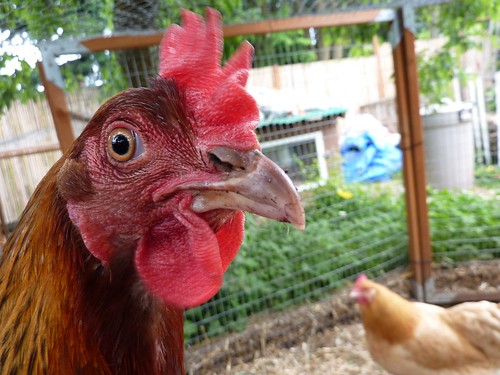 If Congress does decide to once again put the “pro” in “procrastinate” and delay finding a real solution to DACA for another year, the upcoming midterm elections will undoubtedly be a factor in that decision.