Surprising No One, Hannity and Trump Routinely Talk on the Phone at Night 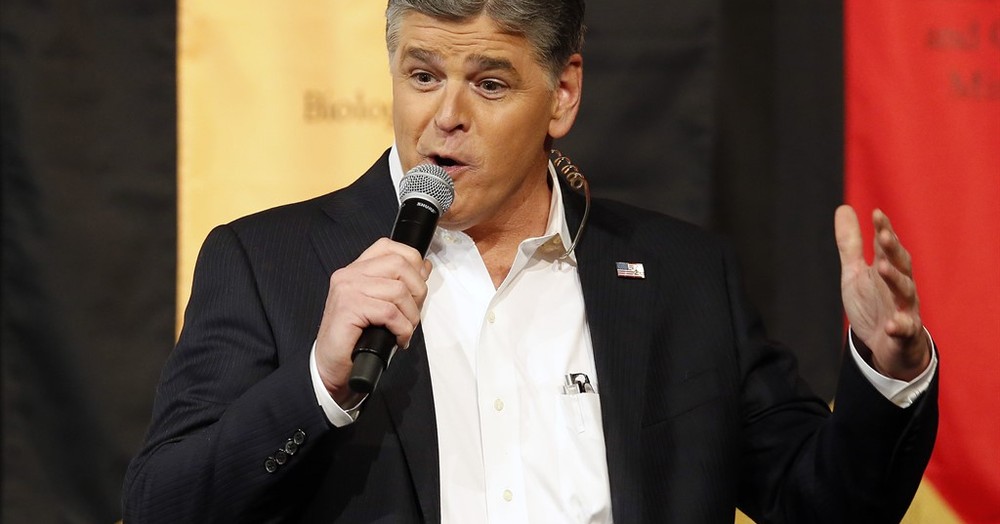 Sean Hannity and the president like to chat most nights after the Fox News host wraps up his show, according to a new article by Olivia Nuzzi detailing the ritual.

Their chats begin casually, with How are yous and What’s going ons. On some days, they speak multiple times, with one calling the other to inform him of the latest developments. White House staff are aware that the calls happen, thanks to the president entering a room and announcing, “I just hung up with Hannity,” or referring to what Hannity said during their conversations, or even ringing Hannity up from his desk in their presence.

The conversations with Trump’s personal media yes-man are apparently largely tied up in Trump’s ego rather than in any policy discussions.

policy has taken a back seat on Hannity; regardless of the news of the day, the overarching narrative of the show is the political persecution of Trump, and by extension of Hannity and Hannity’s viewers, at the hands of the so-called deep state and the Democratic Party, and the corrupt mainstream media, a wholly owned subsidiary of both. Everything comes back to special counsel Robert Mueller’s investigation into Russia’s involvement in the 2016 election, a phony, petty diversion from what should be the real focus: prosecuting Hillary Clinton.

Again, this kind of thing shouldn’t surprise anyone. Part of why Robert Mueller was called in to conduct the special investigation is due to Trump’s obsession with and incessantly talking about collusion with Russians during the 2016 election.

Hannity, who admits to the talks with the president, is the kind of obsequious toady Donald Trump has clearly always preferred to surround himself with for affirmation of his own thoughts.

“…Hannity acts to transform Trump’s pervasive ambivalence into resolve by convincing him what he’s already decided he believes and what he’s decided to do is correct.

It seems a rather pathetic personality trait to always want to talk to someone who will feed into your own worst conspiratorial thoughts and paranoia, but for all that, I can’t say I have any issue with Trump and Hannity chatting it up into the night.

Sean Hannity is a well-known quantity. I’d rather know a president was talking to a guy who’s shared his opinions to an international audience every weeknight for decades than someone shadier.

As the article notes,

“Sean Hannity has never been about the news; he’s a specific form of entertainment, a high-energy delivery device for a simplistic far-right worldview that is less about ideology and policy outcomes and more about winning. Hannity is a space in which all conversations are debates and all debates are winnable by the protagonist, Sean Hannity.”

Sean Hannity also isn’t Ben Bradlee to Trump’s Kennedy as Hannity is a Republican partisan first and foremost and not running a straight news magazine. Anyone tuning in to Fox News at 9 p.m. knows they’re not getting unbiased news.

The one annoying aspect of it all is how prickly Sean Hannity gets when his friendship with Trump is brought up. Going on about stories of their friendship being “fake news,” and not acknowledging the fact that as Trump’s go-to groupie he influences the president, fools only the simple-minded.