Report: When He Passes, John McCain Doesn’t Want Trump At His Funeral 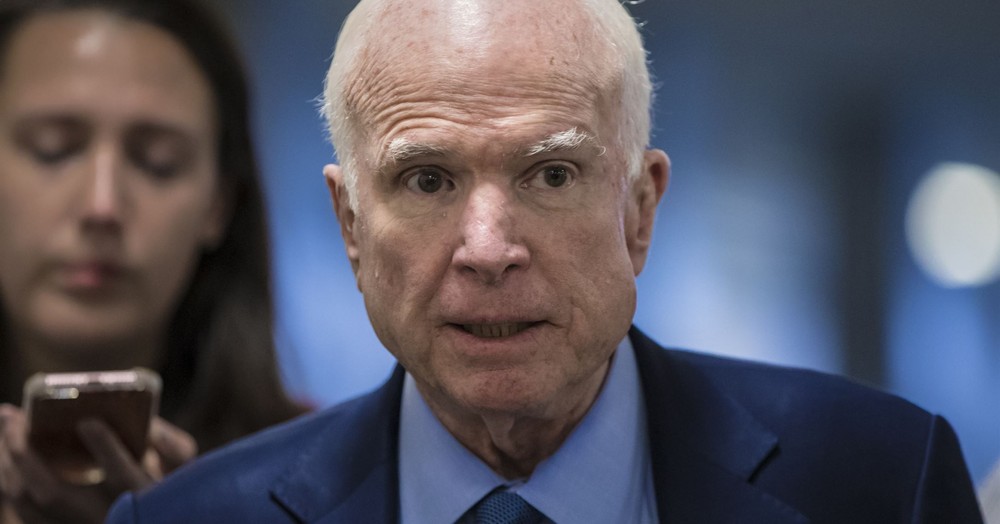 Sen. John McCain has reportedly preempted the future decision the White House would need to make about who will attend his funeral when the time comes.

According to a new report, the longtime Arizona Republican has requested Vice President Mike Pence attend his funeral rather than President Donald Trump.

Whether this was meant as a slight or simply an avoidance of security complications as the motivating factor isn’t known. Although, one can imagine the confluence of both led to the request being made.

The president did not attend the funeral of First Lady Barbara Bush in April citing increased security concerns disrupting the service. However, Presidents Barack Obama and George W. Bush reportedly plan to be eulogists at McCain’s funeral at the National Cathedral when the time comes.

However, one could not blame Sen. McCain not wanting someone who said McCain was only considered a hero “because he was captured.” A truly despicable thing for someone who weaseled his way out of military service by claiming he had bone spurs and called avoiding sexually transmitted diseases in his youth his own battle win.

McCain has long been a critic and foil of Trump and his agenda. For better or worse, McCain made headlines when he decided to vote “thumbs down” on the Republicans attempt to begin dismantling Obamacare in 2017.

Despite his contentious history with his party at times, McCain remains a popular and beloved figure in American politics, not the least due to his family’s place in American military history, but also his endurance throughout his imprisonment at the “Hanoi Hilton” during the Vietnam War. You know, that thing Trump considers a character flaw.

All in all, Donald Trump being asked not to attend McCain’s funeral is for the best. One can only hope Trump has the maturity to avoid taking digs at a man who served his country far longer and far better than he has. But that being the case, the chances are good he won’t be able to help himself.