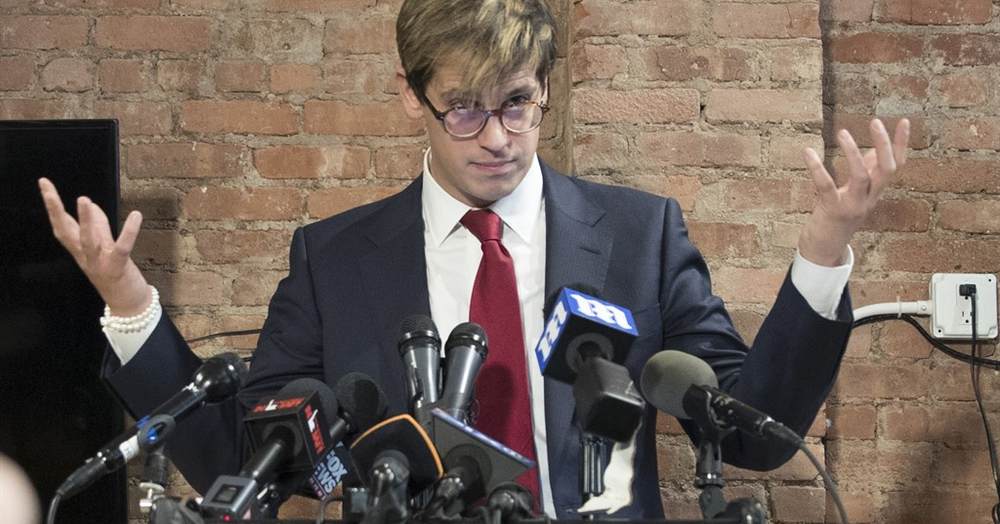 Notorious provocateur, Milo Yiannopoulos, has taken on a new role in his lawsuit against his book publisher, Simon & Schuster. After disputes with the attorneys representing him in the case, Yiannopoulos has decided to represent himself.

Yiannopoulos is suing Simon & Schuster for $10 million after they chose not to publish the work, saying it was “unacceptable for publication.” And, indeed, the edits have been amazing to see as they’ve become public record because of the lawsuit.

In contrast to his attorney’s comments about their departure from the case, in which they said Yiannopolous’ lack of cooperation “has rendered [the firm’s] representation . . . unreasonably difficult to carry out effectively” and he’s “insisted on pursuing actions with which [the firm] has a fundamental disagreement,” Yiannopoulos said in a statement,

“Meister Seelig & Fein were excellent litigators on my behalf. The source of the disagreement between me and them arises from Simon & Schuster’s discovery tactics. We asked that all pertinent documents be open to the public record. But Simon & Schuster demanded that virtually all of the documents in this lawsuit remain confidential, and had them classified ‘attorney’s eyes only,’ meaning that I am not even allowed to see what has been said about me and my book in my own lawsuit.”

I’m no lawyer — I don’t even play one on T.V. — but I still know this is the worst idea and typically a decision only the mentally ill or unstable make.

As Law & Order attorney Adam Schiff once said, “When Clarence Darrow went into a courtroom as a defendant he wasn’t fool enough to go it alone.”

So, uh, good luck with that, Milo.