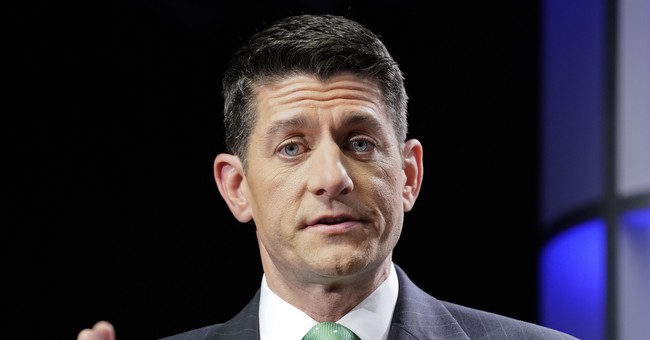 At a meeting with House Democrats on Wednesday, Speaker Paul Ryan told them there would be no replacement for the Deferred Action for Childhood Arrivals (DACA) program that did not include provisions for increased border security.

AshLee Strong, a spokeswoman Ryan, said: “This afternoon the speaker and majority leader met with a number of House Democrats at their request to discuss DACA, and they reiterated that any solution needs to address border security and enforcement, which are the root causes of the problem. Discussions among the Republican conference will continue in the coming weeks.”

The Trump administration has said it won’t push for border security to be part of the DACA replacement bill. A move that runs counterintuitive to any logic in how to effectively tackle illegal immigration, let alone Trump’s incessant promises during and since his election.

Apparently, even Democrats know there’s no getting around — or reason not to — include border security provisions in the new immigration bill.

Axios’s Jonathan Swan reports, “none of the Democrats pushed back against the border security proposal, leading Republicans to conclude Democrats were begrudgingly accepting this reality.”

Codifying DACA without adding border security and new measures to help stem the instances of illegal immigration to the United States would be true folly, particularly for congressional Republicans. Thankfully, the Congress isn’t beholden to the will and whims of a president who cares above all about how he’s perceived and portrayed in the media.

Good on Speaker Ryan for nixing this one quickly.