Vanity Fair Prints the Evidence Trump Is Melting Down Over Wuhan Virus, It's as Ridiculous as You Could Imagine 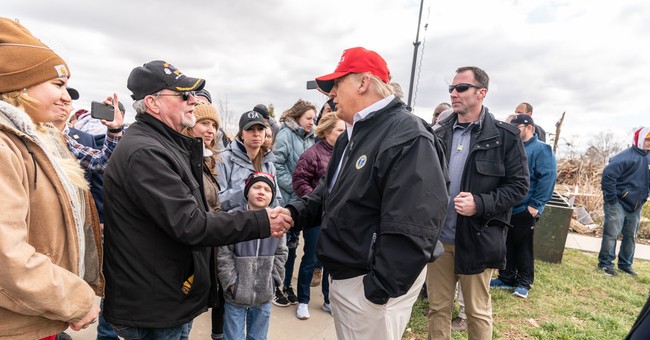 We may be in the bad comic relief part of the media’s coverage of the Wuhan virus.

Some in the media have been all in, stoking panic over the virus out of all logical perspective. Part of that is the natural tendency of media to sensationalize everything for more clicks. But another part is it’s part of the never-ending anti-Trump narrative.

Dr. Drew Pinsky called it out, blasting the media and saying they need to be held accountable for stoking a panic that is hurting people.

But media is still pitching. Vanity Fair put out a piece that gets to the bad comic relief I was talking about.

The piece naturally has plenty of anti-Trump narrative, claiming he’s lacking in seriousness about it, despite all he’s done to outfit task force, moves to cut off the spread and the experts he’s put on the job.

Meanwhile while the article claims that Trump doesn’t see the seriousness of the virus, they claim Trump’s “terrified” of getting the virus and they deliver this unserious line.

As Trump pushes a nothing-to-see-here message in public, sources said he’s privately terrified about getting the virus. “Donald is a famous germaphobe. He hates it if someone is eating nachos and dips a chip back in after taking a bite. He calls them ‘double dippers,’” a prominent Republican said.

Um, really? This is news? First, yes, we know he’s a germaphobe. But second, I’m not aware of anyone who thinks double-dipping is a great thing, that’s a completely normal reaction. To suggest that somehow it’s something unique, even seemingly suggesting Trump somehow came up with it, is just crazy. That’s not news and not reality, that’s “let’s paint a picture to make Trump seem batty.” Except it’s so dumb it makes Vanity Fair look dumb for publishing it and the writer look dumb for writing it.

Remember the story about Trump eating the two scoops of ice cream to make him seem piggish and fat? This is of the same ilk.

They also claim a “source” “also said Trump has asked the Secret Service to set up a screening program and bar anyone who has a cough from the White House grounds. “He’s definitely melting down over this.”

They do note after going on a bit about him being “terrified” that one person disputes that characterization, saying Trump was handshaking with gusto at Mar-a-Lago over the weekend. Above you can see pictures of him reassuring tornado victims in Tennessee. Gee, that sort of seems the more important point that disproves the whole other claim, doesn’t it? Doesn’t sound terrified, sounds like a president trying to convey normalcy and calm to the public, and support to tornado victims.

You can wash your hand or Purell it after shaking hands, pretty hard to protect against someone virusing up your food by double-dipping.

The leftists have been magnificent to watch during #WuhanVirus

Went from @realDonaldTrump being a racist for restricting travel from China, then it was him not taking it seriously enough, then it was lets laugh at him for being a germophobe for disapproving of double dipping?

It’s not weird he doesn’t like double dippers. It’s weird that Democrats think that double dipping is normal

But for a really horrible exercise in double-dipping, shall we revisit the horrible Mike Bloomberg pizza episode? Are Vanity Fair and Democrats now encouraging this irresponsible action? Boy, that’s an ad: Democrats want spit in your food.