Republican Donor Buys Stake In Twitter, Folks on the Left Have a Meltdown 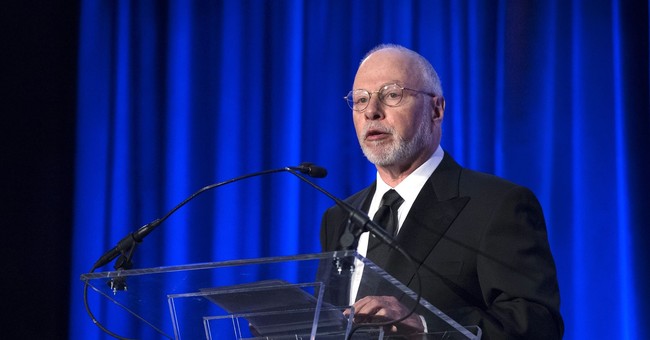 Major Republican donor Paul Singer has just purchased a big stake in Twitter and is reportedly pondering changes, among them getting rid of the present CEO, Jack Dorsey, according to a report in The Guardian.

Singer is the founder of Elliott Management and is a Trump supporter now, although he didn’t start out as one, originally he was not in favor of President Donald Trump.

The president announced that Singer had become a supporter after a visit to the White House in February 2017. “He’s given us his total support and it’s all about unification.”

Singer is reportedly unhappy with Dorsey’s leadership, including his split attention because he’s also in charge of Square, an payment company and that Dorsey wants to live part of the year in Africa. Twitter’s share price has suffered, although it recently picked up quarterly revenue.

The news of Elliott Management’s buy brought the share price up.

But folks on the left were having a meltdown over the news.

Trump Loving Investor Paul Singer Will Turn Twitter into All Trump All The Time https://t.co/VTuHwqiMAs via @voxdotcom #RepublicanTwitter #BillionairesSuck

This related to Jack announcing that unlike fb, he won't allow any false political ads? & little trumper hedge fund Paul – he mad about that;
& trying to cheat?

Trump pal, billionaire Paul Singer, buys substantial amount of Twitter to "make changes." Between he and Rupert Murdoch, conservatives will control most press. This is a step to "state run" media. https://t.co/BDzkcfrzWl

What is wrong with everyone that they don’t have this info trending ? Doesn’t anyone realize what could very likely happen very soon . We won’t be allowed to criticize Trump or GOP on Twitter if Paul Singer ousts Jack Dorsey and turns Twitter into a Trump/GOP platform only

Gotta love the left freaking out. It’s unlikely that he would do anything radical but their freakout is funny.

The sheer nonsensical freak out over this is pure comedic gold. pic.twitter.com/2HiEtgh4Tp