Sometimes the insanity of the current PC culture is enraging, and other times it is amusing. Increasingly, the news from the progressive left is becoming something that couldn’t even be made up by Hollywood. Sometimes the progressive movement just turns in on itself and there’s nothing to do but stand back, point and laugh.

It is no secret that the coastal arts community is largely left-leaning and proudly liberal. Hipster millennials in particular seem to derive an inordinate amount of validation in their varying degrees of “wokeness”. It looks like one art museum is being accused of being a bit too woke, or at least not the right kind of woke.

And this is who they’ve hired to curate: Kristen Windmuller-Luna is a curator and historian of African arts and architecture and will oversee the exhibit.

As a curator and historian of African arts and architecture, with a specialization in the early modern period and Christian Ethiopia, her work counters myths about African civilizations and artistic production by focusing on cultural specificity, artistic diversity and global historical context. Windmuller-Luna received her Ph.D. and M.A. in Art and Archaeology from Princeton University and her B.A. in the History of Art from Yale University.

“Kristen’s vision for a new permanent collection installation that transforms how viewers relate to the arts of Africa is tremendously exciting for us as we near the 100th anniversary of the Brooklyn Museum’s pioneering exhibition of African art in 1923, ”said Deputy Director and Chief Curator Jennifer Chi. “Drew’s deep expertise in social and experimental documentary practices during the twentieth and twenty-first centuries will significantly augment our strong collection and will contribute to our history of championing contemporary artists who continue in this vein.”

As one can imagine, the commenters (some of whom also complained about the simultaneous hiring of a white photography curator) were less than impressed with the museum’s choice. The comments ranged from disbelief to outrage.

“They need to change the word from curating to columbusing…”

“Great, let’s continue to have white people tell the stories of black communities that were colonized by their ancestors, whites don’t see anything wrong with this, and this is 2018 and folks wonder why we still have problems on race.”

“Dear colonizers, What a major disappointment. – the continually oppressed, dispossessed and destroyed.”

“I don’t know if it offers any tiny comfort at all, but this white person has a big problem with this scenario. Descendants of colonizers should not be making decisions about how African stories are told. Additionally, I am absolutely sure that there were either African or African American scholars that applied that were more than competent to hold these positions. It’s unbelievable that the Brooklyn Museum has no idea this is a problem!”

“When expressions like “rethink’ & ‘ reimagine” are used for a museum that displays an ‘extensive African
art collection,’ one would think there would be at least one person of African descent involved.”

“I find it completely baffling how things like this still happen. Unfortunately, I’m no longer surprised by such. #colonizers”

“This is incredibly offensive that the museum can’t even comprehend why, on so many levels how ridiculous this is? Seriously. this is an example of moving backwards. Who in the hired them? Who made that choice and why?
I hope the museum realizes they are amplifying racism and marginalization by hiring white people to tell the story of blacks people’s art, culture, history and lived experience.”

“Genetically Evil, smh! Unapologetically killing, stealing and destroying indigenous cultures all over the world for EVER.”

“Why? Are y’all trolling? Or serious? This is so fucked especially in Brooklyn. Y’all know better. Sadly, I will no longer be able to visit the museum.”

“So the director of a predominantly Sub-Saharan and West African collection studied Christian Ethiopian art and that’s the credential you need? I don’t think a Monet specialist would fly in an Italian Renaissance wing and those countries at least border! STOP THINKING AFRICA IS JUST ONE BIG MONOLITHIC THING!”

“This has got to be a joke, right? Is this a Saturday Night Live parody?? Please tell me this is a friggin joke. Two white people are going to, once again, tell the stories of black lives? What kind of trollish BS is this???”

“Cause they know best. They are the most authentic…and understand us more than we can ever understand ourselves.”

“Also love the juxtaposition of this article with the ads depicting Black/African performance. Black bodies are OK for performing the culture but are not qualified for being the ones hired to critique it, engage it, theorize it. And even if that BS that you couldn’t find any “qualified” applicants were true…”

“All the while Brooklyn becomes a playground that only the wealthy and white can afford. I guess you all just love abstracting Black culture without engaging Black people.”

“This is a Slap in the Face Toward The African American Community…You mean to Tell me..Not One Black Person was Qualified for These Positions.. Utterly Completely Shameful..Jus Shameful…When you Know Better..You Do Better!!!!”

I have real substantive comments about this story. I’ll just echo one commenter: 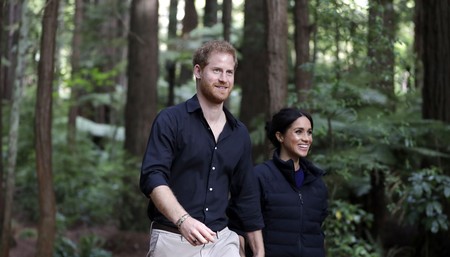