How to Talk About the Election with Relatives this Thanksgiving

It is that time of year. The time where you talk to many of your relatives for the first time in 365 days. Distance and scheduling makes it hard to regularly communicate with them, even when you have social media like Facebook to help. Naturally, there’s going to be a lot to catch up on with Uncle Tim and Cousin Samantha as you hug them and talk about their new haircut.

The online media, naturally, is here to help you cross some of those more… problematic bridges. The biggest elephant in the room will naturally be the 2016 election, and as per usual, there is a plethora of articles out there now on how to talk to your crazy, racist uncle for voting for Donald Trump, or endorsing someone who endorsed Trump, or even defending Trump after something he said. The Internet is the place you go to when you need these talking points.

Here’s my advice: If you want to talk about the election with your relatives at Thanksgiving, don’t go to Thanksgiving. Just stay home. Everything and everyone will be better if you do.

My advice is simple enough for even any who struggle with this concept. Staying at home is much better for you, anyway. You can enjoy drinking alone without having to worry that someone around you is wrong. You can avoid the massive quantities of questionably healthy food. You can revel in the fact that, when you’re home alone, one hundred percent of the people where you are can be counted on to agree with you all the time.

Don’t bother dealing with people for Thanksgiving when you know they don’t agree with your politics. Stand up and say “No more.” Reject their presence. You don’t need to correct them this year. They clearly haven’t learned their lesson the last eighteen family gatherings you’ve attended. They’re lost causes.

Every single year, we have this conversation. Every single year, we’re forced to endure a bunch of liberals who clearly don’t know how to communicate with their families in any non-political sense as they write list upon list upon list of how to deal with the fact that *GASP* a family member has a different political opinion than they do. Why on earth do we have this problem? Because we politicize all the things. When they get to their Thanksgiving gatherings, and their Republican uncle says something, they are going to be so triggered by the RACISM and BIGOTRY that they will have to respond.

It’s not going to be just liberals, either. Many of us are going to have to deal with triumphant Donald Trump backers who are ready to get in our faces and tell us just how wrong we were. “Oh ho ho,” they’ll say, because they’re the type of people who triumphantly say “oh ho ho” in conversation. “Looks like YOU were wrong. How’s that feel? Does it bother you that you now have to live with the Great and Glorious Era of Donald Trump?”

If you are getting your talking points together for Thanksgiving, write them down on note cards. And then burn the note cards. Go buy a pumpkin pie and/or some bourbon. Everyone will be much happier. 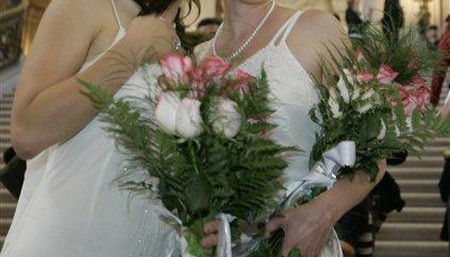 If Omicron Creates Herd Immunity, Then What?
Dennis Santiago

Biden Did a Whole Lot of Damage During Yesterday’s Press Conference
Townhall
Lefties are dealing with Republicans (plus Manchin, Sinema) protecting the filibuster REALLY WELL ... JK, here's some of the more batsh*t tweets
Twitchy
Reporter Who Joe Biden Yelled at Does Not Go Quietly Into the Night
Redstate
Is America Heading for a Systems Collapse?
PJ Media