They Silenced Us, But They Have Not Defeated Us

By now you have probably already heard about the mass purging that Twitter has carried out over the past few days. In what could be seen as the digital version of the baptism scene in “The Godfather,” the social media company removed hundreds of thousands of accounts from its platform.

The vast majority of the accounts that were purged were conservative-leaning. Many high-profile conservative Twitter users announced that they lost thousands of followers. Journalist Glenn Greenwald noted a “massive plunge” in the conservative platforms with large follower counts.

I'm not sure if this is due to mass-nuking of conservative accounts by Twitter, conservatives leaving the platform voluntarily in protest of the Trump ban, or some combination of both, but accounts with large conservative followers are seeing a massive plunge in follower counts: pic.twitter.com/I7sC8WNnRj

Twitter showed that it thinks we’re all stupid when they claimed that they were cleansing its service of conservative accounts because of concerns related to the incitement of violence after the pro-Trump riots that took place at the U.S. Capitol. However, the company’s motivation behind the purge is clear: It wishes to diminish conservative views on its platform.

The company’s apparent bias has been exposed on multiple occasions. Even its employees have admitted that they shadowban and censor accounts based on political affiliation.

But that’s not all – it gets worse.

The far-leftists working in Big Tech were not satisfied with simply removing right-leaning accounts from Twitter, they also went after Parler, a free speech alternative to these social media companies. Both Google and Apple removed the Parler app from their stores, claiming concerns over incitements of violence despite the fact that the company has policies in place similar to that of Twitter to prevent speech calling for violent acts.

This clearly isn’t over. Indeed, it could be the first step in an overall effort to weaken conservatives’ presence on internet platforms. Former Vice President Joe Biden has already indicated that he wishes to use the government to compel social media companies to engage in more censorship.

It seems rather bleak, doesn’t it? But perhaps the situation isn’t as precarious as it might seem.

Here’s what I mean.

Conservatives still have a way to ensure that our voices are heard online. We do not have to live under capricious censorship practices that the left uses to control what opinions we can express.

Over the past few years, many have called for conservatives to begin building their own platforms instead of relying on social media companies controlled by the far-left. The necessity of this type of endeavor is obvious; progressives will never stop trying to minimize right-leaning voices on their platforms. As I explained in a previous article, they want to suppress our content because they are afraid of having their views challenged, not because they are concerned about violence.

Perhaps this is the impetus that will finally spur the conservative movement into action. Maybe now we will have the sense of urgency that we have lacked in previous years. Conservatives have the means, opportunity, and ingenuity to create online platforms that are tailored to people who want transparency and fairness. We can build social media platforms and our own hosting services to prevent the left from interfering. There are likely many investors who might be willing to invest in such a prospect.

The only reason the far-left has power is because we have allowed them to have it. We are playing in their house, which means they get to do whatever they want to us. This is the exact scenario they want. It’s why they’re trying to destroy Parler. They don’t want you to be able to express your views on a platform they don’t control.

Instead of waiting for Republicans in the government to solve the problem, we must do what we can through the free market to deal with it. I believe that this purge will backfire on the left because we have already seen that conservatives have grown weary of their incessant attempts to quash our voices. If this does not motivate people on our side to take action, what will? 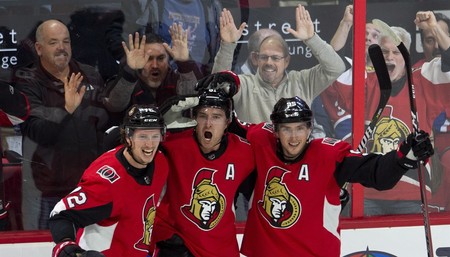