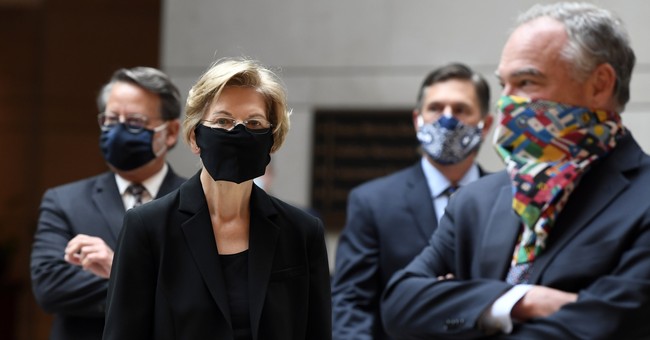 Try not to be too shocked, but it seems that not all Democrats are on board with trying to impeach President Donald Trump or Attorney General William Barr to stop him from appointing a new Supreme Court justice before the election. Sen. Tim Kaine (D-VA) characterized this tactic as “foolish.”

During a Monday interview on “MSNBC Live,” the senator discussed the impeachment threat that was put into the ether by House Speaker Nancy Pelosi (D-CA) and Rep. Alexandria Ocasio-Cortez (D-NY). “Foolish idea,” he said, adding, “I can’t see virtually any Senate Democrats agreeing with it.”

On Sunday, Pelosi declared that the Democrats would use “every arrow in our quiver” to stop Trump from appointing a judge on the Supreme Court. “We have arrows in our quiver that I’m not about to discuss right now, but the fact is we have a big challenge in our country,” Pelosi said on ABC’s “This Week.”

Her remarks were in response to a question about whether Democrats would consider impeaching Trump or Barr to stall the confirmation process. “We have a responsibility. We’ve taken an oath to protect and defend the Constitution of the United States. We have a responsibility to meet the needs of the American people. That is when we weigh the equities of protecting our democracy requires us to use every arrow in our quiver,” she added later.

MSBNC Host Hallie Jackson also asked the senator whether he would support packing the Supreme Court if Trump did not acquiesce to the Democrats’ demands. Like former Vice President Joe Biden, Kaine ducked the question. “I’m not playing an ‘if’ game. What I’m doing, Hallie is asking Republicans to be true to their word,” he responded, pointing out how Republicans refused to consider Judge Merrick Garland, who was nominated by President Obama.

Right now, Republicans and Democrats are locked in a heated debate over replacing Justice Ruth Bader Ginsburg on the highest court in the land. So far, the Democrats are losing the battle. Despite their threats to launch another impeachment fiasco and pack the Supreme Court, President Trump and Republicans in the Senate are pushing forward with the confirmation process.

During an interview with “Fox & Friends” on Monday, the president affirmed that he was aware of the impeachment plans. “So they’re impeaching me for doing what constitutionally I have to do,” he said. “Here’s the thing. We have—and I think then we win the election, then we win all elections if they do that.”

Trump is expected to announce his nominee on Friday and has indicated that he is considering appointing a woman to replace Ginsburg. So far, it appears that Judge Amy Coney Barrett is the frontrunner even though the president has not yet finalized his decision. Left-leaning corporate media outlets have already begun to attack her for her Catholic faith.

Republican lawmakers have already signaled that they have enough votes to push through the confirmation of a new justice. They have shown no indication that they will capitulate to the left in this particular battle, so it seems likely that Ginsburg’s seat will be filled before the election.