‘YMCA’ Songwriter Is Okay With Trump Using His Song At Rallies, But Has One Demand 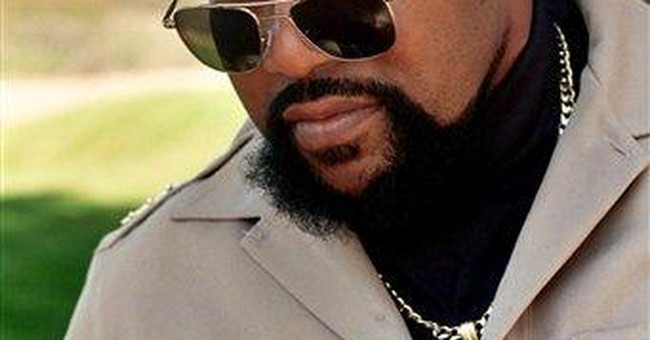 President Donald Trump has triggered the left so thoroughly that even the music he uses at his rallies has become a point of contention. Several bands and musical artists have vociferously objected to the president’s use of their songs during his events.

Victor Willis, the songwriter responsible for the smash hit “YMCA,” stated that he had no problem with Trump using the song, but he did have one suggestion. Willis released a statement in which he talked about the song’s meaning and its use at Trump rallies. “YMCA is everybody’s anthem and go-to song for fun. As for the president’s use, I have not granted permission for use at his rallies because permission is not required.”

The musician continued: “If I were a Trump hater, maybe I’d sue him simply out of spite. I am not, and I’m not going to have my lawyers sue the president.”

Then, Willis made his demand known: “But he should at least do the ‘YMCA’ dance while he’s at it.”

According to The New York Post, the Trump campaign possesses a “Political Entities Licens” with BMI, a music rights management company. “There is a provision, however, that allows BMI to exclude musical works from the license if a songwriter or publisher object to its use by a campaign,” the company explained in a statement.

The musical acts who have objected to Trump using their music include The Rolling Stones, Neil Young, Guns N’ Roses, and the estate of Tom Petty.

Given the circumstances, it is easy to see that Willis’ demand is a reasonable one. The Village People could have taken the easy road and joined their fellow artists in objecting to the use of their material. But they didn’t.

At this point, President Trump essentially owes The Village People, and the nation a treat such as this. Just imagine it: The Trump walks onto the stage with “YMCA” blaring all throughout the stadium before a cheering crowd of red hats and suddenly breaks into the iconic dance. Even better, he could bring White House Press Secretary Kayleigh McEnany and Chief of Staff Mark Meadows on the platform with him to perform.

It would be truly epic, wouldn’t it?

And let’s not forget the Democrats and the corporate media. Watching them work themselves into a foaming-at-the-mouth rage, engaging in ridiculous acts of mental gymnastics to condemn the display would be worth it.

Can’t you already see the headlines?

And what of Trump’s political opposition? Think of what Biden would say. “The president’s recent behavior is reprehensible. David Bowie would be rolling over in his grave if he knew Trump was using his song at his rallies.”

House Speaker Nancy Pelosi would immediately begin proceedings to censure the president for his unseemly, and somehow bigoted, dance. Sen. Cory Booker (D-NJ) would point out that Trump wasn’t even dancing with the beat. “As someone who is intimately familiar with the song, I know all about the ‘YMCA’ dance, trust me. Trump made an absolute mockery of a piece of music I consider to be my personal anthem. I just can’t even with this,” he might say.

But regardless of the inevitable whiny backlash, Trump should seriously consider Willis’ demand. In a year like 2020, it might just secure his re-election.