The Golden Girls Is Being Rebooted With All-Black Cast 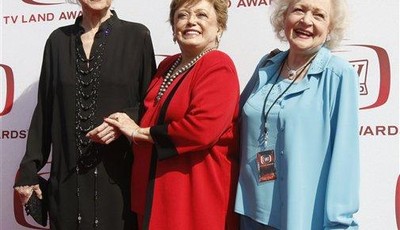 In yet another episode of “It’s 2020 and everything is stupid,” Hollywood has sought to stop all the racisms in America by reimagining a popular television show in progressivism’s own image. The production is the first in a series of offerings that are being broadcast to raise funds for charity.

But here’s the kicker: The episode will feature an all-black cast of women who will play Blanche, Dorothy, Rose, and Sophia. The titular characters will be played by Tracee Ellis Ross, Regina King, Alfre Woodard, and Sanaa Lathan.

The production is the product of a partnership between teleconferencing company Zoom, and Color of Change, the nation’s premier online racial justice organization. The event listing reads, “This event is in partnership with Zoom, and the first episode is spotlighting and supporting Color of Change—the nation’s largest online racial justice organization.”

Tracee Ellis Ross posted an announcement on her Instagram page advertising the production.

While the announcement was met with praise, there were also many who took exception to the recasting of the show. One of Ross’ followers wrote:

“As much as I would love to see y’all make magic together, it would be nice to see an original piece of work and leave this classic alone. I would never want to see white counterparts redo your original work or anyone for that matter. I love y’all too much not to support but I’m just saying…”

Another agreed, saying, “I’m not for this. They should’ve just did their own thing.”

And this is the crux of the matter. The progressive left engages in these virtue-signaling exercises for no other reason than to give their audience positive feelings. White leftists love these self-righteous displays, many of whom likely respond with something like, “Awww, look at that! They cast Negro actresses in the role of the Golden Girls. We’re really moving forward as a society, aren’t we?”

Okay, they may not sound exactly like that, but my patented “Woke BS” translator tells me what they REALLY mean.

The people commenting on Ross’ post were right. Simply inserting black women into roles that were originally occupied by white women does nothing productive for society. If the Hollywood types truly wished to empower black female actresses, they would do what these people have suggested: Create groundbreaking new shows featuring black women. There is no valid reason why they are only willing to elevate black actresses by having them ride on the coattails of white actresses.

One could conclude that the powers that be behind this production are simply being lazy and hoping to cash in on a classic. But the more cynical type, like myself, sees that white progressives who peddle this tripe have no genuine desire to see black people succeed. This production will do for black women what Black Lives Matter did to address police brutality: Not a damn thing.

This is yet another empty gesture designed to give the illusion of progress while maintaining the status quo. But should we expect any different from the Church of Wokeism?

What's With the Democrats' Abortion Obsession?
Townhall
Megyn Kelly explains why a 'first-year law student' could have driven a truck through holes in Cassidy Hutchinson's testimony
Twitchy
Things Get Awkward When Jake Tapper Asks Jamie Raskin for Confirmation of Hutchinson's Story
Redstate
Dr. Fauci Took Some of His Own Medicine, and It Didn't Go Well
PJ Media