Hypocritical Hipsters: Do As I Say, Not As I Do

Being a card-carrying Deadhead, I received an email a few days ago from the Grateful Dead’s website announcing a list of products available for pre-order in celebration of the 50th anniversary of the release of the band’s seminal album, Workingman’s Dead.

Two of the items listed for sale were a vinyl picture disc edition of the album, limited to 10,000 copies, and a Dead.net exclusive colored vinyl edition limited to 2,000 copies. Now, while I’m a huge music buff, I’m not a big vinyl guy. (My addiction is books, and I only have the room and the budget for no more than one fetish property collection.)

In one regard, I can’t profess to being shocked that the website exclusive colored vinyl had already sold out in no more than two days considering Deadheads, heavily made up of Baby Boomers, trust-fund hippies, and coastal professional types, skew upper-middle class as a fanbase and have the excess cash to pay $25 for music they most likely already own in at least one other format. However, it is curious that vinyl is so popular among this crowd because the Dead fanbase is overwhelmingly progressive, and progressives are inordinately concerned about catastrophic climate change. Do these fans know that vinyl is far and away the least environmentally friendly way to own recorded music?

“Vinyl” is shorthand for polyvinyl chloride, better known as PVC. The PVC pellets vinyl records are pressed from are made from “refined oil and can take up to 1,000 years to decompose in a landfill,” explains Pitchfork’s Michelle Kim. Heavy metal and carbon black additives are also sometimes used. Kim also notes the “traditional [vinyl] pressing machines are powered by steam boilers that require fossil fuels to generate heat and pressure; the water used is treated with anti-corrosive chemicals in order to prevent rusting, thus creating more wastewater. And that’s just the pressing procedure. …. The ink that’s used to print cover art and liner notes is traditionally solvent-based, meaning it contains volatile organic compounds that can contribute to the production of ozone.”

Despite this high environmental cost, vinyl records sales are through the roof and show no sign of slowing. With 18.84 million units sold, vinyl represented 26 percent of all physical album sales in the United States in 2019, a 14.5 percent growth over the previous year and the 14th consecutive year vinyl sales have increased. Over the past decade, vinyl sales have increased by 654 percent.

So if they’re so dirty, why are they so popular? Well, it’s harder to roll a doob on your CD copy of Dark Side of the Moon because it lacks a gatefold, and your lossless digital FLAC file of Sticky Fingers doesn’t come with a functioning zipper to fiddle with while you lay in your room and listen to “Dead Flowers” for the 754th time. So, the aesthetic experience of listening to music on vinyl is superior, even if the auditory experience is no better. (Vinyl purists argue the format produces a better, warmer sound, but that is unquantifiable and literally in the ear of the beholder.) Anyway, I get the charm behind it.

Yet, what we really have among the vinyl partisans is a preference for dirty affectation over cleaner, superior quality. Which is fine, except that these are the same people, by and large, insisting to me that rising carbon dioxide emissions pose an existential threat to humanity and that we must dramatically alter the global economy to prevent a climate change doomsday.

I would be more likely to believe them if their personal behavior reflected their professed beliefs. Having 180-gram reissue platters of Trout Mask Replica and Paid in Full and the complete Serge Gainsbourg discography taking up space in milk crates in your living room when you could have just as easily (and more cheaply) purchased this stuff digitally or on CD leads me to conclude you don’t really think this whole climate change thing is as serious as you say it’s going to be.

This is the same sort of conduct-divorced-from-rhetoric you see from certain celebrity actors who fly to climate junkets on private jets and certain celebrity presidents who have no qualms shelling out $12 million for beachfront property on Martha’s Vineyard. Dropping 12 rocks on island property? Must not be too concerned about sea level rise, are we?

Live your life however you want to live your life. Buy all the copies of the Stranger Things 3 score on firework splatter vinyl that your heart desires. I don’t believe in catastrophic climate change, but just remember that when I hear you warn me about it, I know you don’t believe it either.

Tim Benson ([email protected]) is a policy analyst with The Heartland Institute, a free-market think tank located in Arlington Heights, Illinois. He lives in Stuart, Florida. 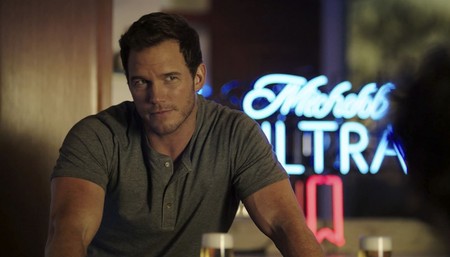