Over the past year, I have dedicated my time to helping elect conservatives in an effort to ensure that at least one political party represents our constitutional form of government.  But even as I sweat and toil for this endeavor, I have realized that elections are not enough to restore our liberty.  In fact, it is scandalous that our liberties should be subject to the outcome of elections in the first place.

What if we are not successful in electing more Constitutional conservatives?  What if the statists outgun us with all the special interest money they received in return for their votes against the Constitution?  Should we be denied our liberty just because we lack the parallel resources to convince low information voters that they have no right to infringe upon our liberties?

These are the questions our Founders dealt with when they warned of Elective Despotism, the ability of sleazy politicians to manipulate a ‘majority rule’ system to limit the rights of the individual.  That’s why they created a Republican form of government, one which only granted the federal government enumerated powers, irrespective of which party or group of individuals obtains political power.

Sadly, we have deviated from our constitutional form of government over the past century.  That’s why Mark Levin has written The Liberty Amendments, a set of proposed constitutional amendments that will unambiguously downsize the federal government by targeting specific loopholes that have allowed the statists to adulterate our Constitution.  Far from this being a radically new vision, Levin proves – through founding documents and floor debates at the Constitutional Congress – how his ideas are in line with what the Founders envisioned in our Federal government.  It’s just that after years of deviating from the Constitution, it has become clear that we need very specific limitations on federal abuses – abuses that have gone far beyond the imagination of our Founders – in order to restore the Republic.

Mark Levin is proposing ten amendments to the Constitution.  Each one is written in thoughtful language so as to preclude any ancillary problems:

1)      Term Limits: He proposes limiting service in both the House and Senate to 12 years.  Yes, we’ve heard all the arguments about elections being the best limit.  But the past 100 year has proven that to be false.  As someone who works day and night to throw the bums out, I can tell you that is nearly impossible to throw them out with the amount of money they raise – precisely for their abuses of power.  Levin also proves that limiting time in office was a highly regarded proposal during the Constitutional Congress.

2)      Repealing the 17th Amendment: Levin proposes repealing the 17th amendment and vesting state legislators with the power to elect senators so that the power of states is not diluted, as originally feared by the framers of the Constitution.

3)      Restoring the Judiciary to its proper role: The Judiciary was never meant to be an all-powerful institution in which five men in robes have the final say over every major policy battle in the country.  In order to end judicial tyranny, Levin proposes limiting service to one 12-year term, and granting both Congress and the state legislatures the authority to overturn court decisions with the vote of three-fifths of both houses of Congress or state legislative bodies.

4)      Limiting Taxation and Spending: Levin proposes a balanced budget amendment, limiting spending to 17.5% of GDP and requiring a three-fifths vote to raise the debt ceiling.  He also proposes limiting the power to tax to 15% of an individual’s income, prohibiting other forms of taxation, and placing the deadline to file one’s taxes one day before the next federal election.

5)      Limiting bureaucracy:  He proposes an amendment to limit and sunset federal regulations and subject the existence of all federal departments to stand-alone reauthorization bills every three years.

6)      Defining the Commerce Clause: Levin writes an amendment that, while technically unnecessary, is practically an imperative to restoring the original intent of the Commerce Clause.  The amendment would make it clear that the commerce clause grants not power to actively regulate and control activity; rather to prevent states from impeding commerce among other states, as Madison originally intended.

8)      Allowing State Legislature to Amend the Constitution: Although the Framers intentionally made it difficult to amend the Constitution, they did so to preserve the Republic they created.  However, the progressives have illegally altered our Republic through a silent and gradual coup without using the amendment process.  If we are going to successfully push the aforementioned amendments, we will need an easier mechanism to force them through. The proposed amendment allows states to bypass Congress and propose an amendment with support of just two-thirds of the states (instead of three-fourths) and without convening a convention.

9)      State Authority to Override Congress:  A proposed amendment to allow states to override federal statutes by majority vote in two-thirds of state legislatures.  The last two proposals are rooted in the idea that the states only agreed to the Constitution on condition that their power would not be diluted and that all federal power is derived from the states.

10)  Protecting the Vote: A proposal to require photo ID for all federal elections and limit early voting.

Taken as a whole, there is no doubt that these amendments would restore our Republican form of government.  Every proposal is backed up by scholarly analysis of the Framers’ view on the proposal, an overview of what has changed since the founding, and the rationale for why the proposal is necessary.  You should read the entire book.  As someone who is busy reading all the current news every day, this is the only political book I made time to read all year.

Now I know some of you thumb-sucking conservatives out there will pessimistically dismiss this as an impossible pipe dream; the same people who scoff upon our ability to throw out terrible Republicans in primaries…until we successfully do so.  However, it is quite evident that nothing will change substantially, even if we win an election here or there, until we strike out at lynchpins of power within the current system.  No proposal will be successful overnight.  This will take years or decades.  But it is a goal worth pursuing.

Remember, many of the principles of the Tea Party were dormant for many years, and have now filtered into the mainstream.

Moreover, this is a goal that is designed to empower the states and work as a bottom-up movement.  Hence, it is a more achievable goal.  Pursuing these amendments will make state legislative races more consequential, as they should be.  Recent history has shown that we have enjoyed our biggest success on a state legislative level because a dedicated group of conservatives with limited resources can achieve more success on a more local level.  Once we begin taking over state legislatures and passing some of these amendments, we can force all viable candidates to support these proposals, the same way we have forced all viable candidates to support defunding Obamacare and opposing tax increases.

No important goal is achieved overnight.  There is nothing more important than restoring and preserving the greatest nation for the next generation. 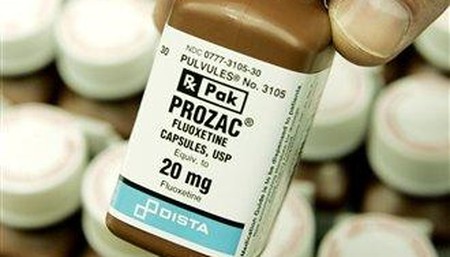