The Pandemic Has Brought Out the Orwellian Tendencies of Democrats 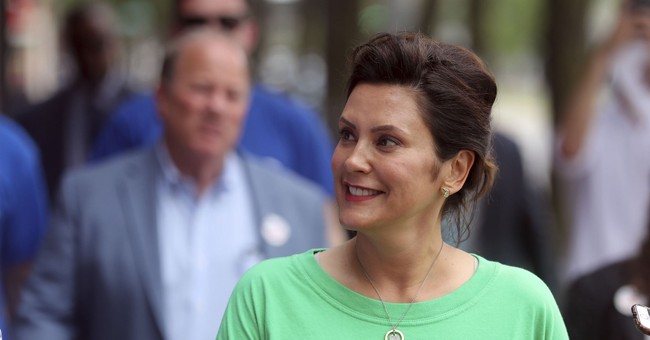 The Wuhan Coronavirus has done some pretty interesting things to our population, but one of the most interesting is watching how some of America’s leaders act when next to absolute power is given to them. It’s fascinating to see how these decisions are made by the individuals in charge based on which party they belong to.

For Republicans, the choice seems clear. Free Americans as soon as possible. During every press briefing, Trump has either alluded to — or directly referenced — ending the lockdown and getting Americans back to normalcy.

As my colleague Nick Arama reported, Texas Governor Greg Abbott is setting guidelines for reopening the state via executive order:

Abbott held a press conference Friday to announce a forthcoming executive order that sets guidelines for how businesses can begin to reopen amid the coronavirus pandemic. “Next week, I will be providing an executive order talking about what will be done in Texas about reopening Texas businesses,” Abbott said Friday, saying economic activity can resume “in a way that will be safe for that economic revitalization.”

“We will focus on protecting lives while restoring livelihoods. We can and we must do this,” said Abbott.

While Republican politicians seem to be focusing on giving Americans back their lives, Democrats seem to be more focused on restricting them to the point of being Orwellian.

John Daniel Davidson of The Federalist wrote an example of one Kentucky mayor who took the opportunity to tighten the screws on his constituency to the point where the federal government had to get involved with restraining orders:

The most egregious example of this outpouring of authoritarianism was an attempt by Louisville, Kentucky, Mayor Greg Fischer to ban drive-in church services on Easter. On Holy Thursday, one day before Christians were to begin their most important religious celebrations of the year, Fischer declared that drive-in Easter services would be illegal.

To remove all doubt about his seriousness, he also threatened arrest and criminal penalties for anyone who dared violate his order, and in an Orwellian twist, invited people to snitch on their fellow citizens. Fischer justified this by saying it was “to save lives.”

Thankfully, a federal judge made short work of the mayor’s idiotic power-grab, issuing a temporary restraining order against the city of Louisville on Saturday, writing so as to remove all doubt, “The Mayor’s decision is stunning. And it is, ‘beyond all reason,’ unconstitutional.”

Michigan Governor Gretchen Whitmer donned a proverbial crown and began restricting people from doing projects around their own home, such as gardening. She even banned citizens from traveling between residences, and also banned the purchases of random items such as infant car seats.

It’s apparently gotten bad enough that a petition to have her majesty recalled has gained nearly 200,000 signatures.

Dallas County Judge Clay Jenkins also abused his power with lockdown extensions and not only shutting down businesses he deemed to be “nonessential,” but publicly shaming them and accusing them of putting politics over people. Jenkins also used his position to attempt a public spat with Governor Greg Abbott over his handling of the pandemic despite Abbott having done nothing wrong.

Jenkins had his unilateral powers stripped from him by the Dallas County commissioners and is now forced to issue orders with their approval first.

You can really get a good look at who a person really is when they’re given power. It’s fascinating to see what kind of lengths someone will go to enforce that power or keep it.

The penchant for authoritarianism doesn’t limit itself to a party, however, it should be pretty obvious by now what kind of person a party attracts. The pandemic has allowed Democrats to scratch an itch that should never be scratched. Their asinine impositions on the populace are all done under the excuse of “saving lives”, but as the information rolls in and the death toll winds down, why are they pushing the dates back?

The American people are hurting and our economy is in freefall. Lives are being swallowed by this shutdown. Every elected official should be chomping at the bit to unleash America and let it show the world what it can do. Instead, Democrats cling to their power, unwilling to let it go.

Rest assured, when it comes time for reelection, these things will be considered.