Dick’s Sporting Goods Continues to Shoot Itself in the Foot, Now Forced to Close Locations Due to No Gun Sales 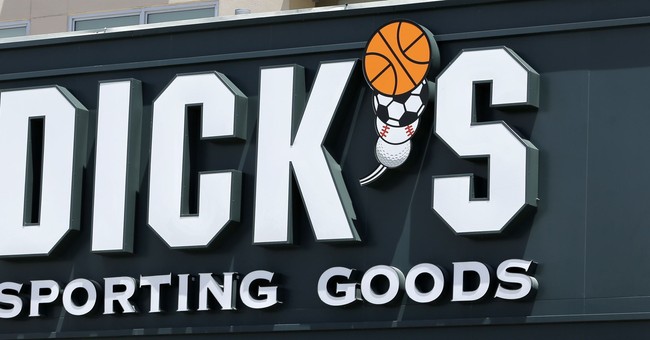 The anti-gun policy by the company continues to raise questions.

It is turning out that a company pledging to keep its word on turning away from guns will continue to struggle to keep its doors open. Just at the time that increased interest in the product is surging, Dick’s Sporting Goods is spurning anyone interested in the product.

Years back, following the shooting at Marjory Stoneman Douglas High School the CEO for Dick’s announced new restrictive policies in their stores regarding gun purchases. It was a staged PR effort, a dose of corporate virtue signaling meant to engender the chain in the minds of Americans. It has been a colossal failure, with the company receiving backfire from customers.

After a couple of quarters following the policy change, the company experienced a significant drop in revenue. Rather than admit failure, or at least the unsavvy business sense involved, the company made the move to expand on the decision last month, removing the gun sections in well over 400 locations. This seems rather out of touch with the marketplace, given that gun sales have been exploding across the country as a result of the reaction to the coronavirus outbreak. A company that has now closed all of its locations sees that it could have had at least a glimmer of hope dashed.

In South Carolina Governor Henry McMaster has decreed that stores selling non-essential goods must close, as he mandates social distancing standards. This order will include sporting goods locations, except for those which are exempted because they supply guns, a product included as a listed essential good. It is a curious wrinkle in the viral reaction era, but Dick’s has effectively removed itself from one of the remaining viable segments of our economy.

Sales of guns and ammunition have experienced tremendous spikes in numbers over last year at this time. The need to protect oneself, as well as making sure stocks of ammo are plentiful has led to unseen before interest across the country. And a company that is in need of any kind of revenue in these times has seen fit to not be able to even participate in that facet of the economy. It seems in keeping with the other decisions from them in recent years.