After initially appearing sparsely during the first few months of Joe Biden’s presidency, Kamala Harris seems to be breaking out a bit the last few weeks. She’s participating in efforts to promote the new COVID “relief” act, which is really just a slush fund of unrelated spending. That seems to translate to Harris going to states that don’t want her there such as Florida and proclaiming “help has arrived” when they didn’t need her help. In short, it’s the typical cringe you’d expect from her, complete with awkward cackling.

But a new memo has people questioning exactly who is in charge of the Biden administration, or excuse me, I mean the “Biden-Harris administration.”

A top communications person in the White House has instructed federal agencies to refer to the “Biden administration” as the “Biden-Harris administration,” a leaked memo confirmed.

I have to concur with Outspoken in that I’ve never seen a prior administration instruct federal agencies to co-list who the leadership of the administration falls under. It is, by definition, the Biden administration. He’s the president, or at least he’s supposed to be. Heck, you might as well add Jill Biden’s name in there as well.

There’s a lot of weirdness going on regarding Harris’ more recent role, in my opinion. Typically, the president and vice president are rarely seen together in public, yet that seems to be a very common occurrence now. When Joe Biden got confused on a tarmac last week while attempting to board Marine One, Harris was there to redirect him (see Joe Biden Sure Looks Confused and Out of It in This New Video). She also appeared with him again a few days later, riding in the Beast for a promo shot.

Why are they traveling together all the time? Isn’t that a no-no? https://t.co/eYS0dRwXkc

It’s all just very unusual. You can probably count on one hand the times you remember Donald Trump and Mike Pence appearing and traveling together. That’s standard protocol because you don’t want both being targeted in a single attack. There’s a reason the VP’s accommodations are on the outskirts of DC instead of near the White House. Meanwhile, the Biden administration seems to be throwing caution to the wind.

Couple this with news that Harris is taking on more responsibility with regards to foreign policy and doing many more media appearances than she was, and it’s fair to ask whether she’s being groomed to take over sooner rather than later. Biden, as RedState has chronicled, does not appear well, and he certainly doesn’t look like a man who will be in the mental state to serve a full four years.

Yet, Republicans should probably hope that isn’t the case. Could you imagine Harris being president, constantly giggling at inappropriate moments while pushing whatever the latest woke craze is on a daily basis? It’s the stuff of nightmares. 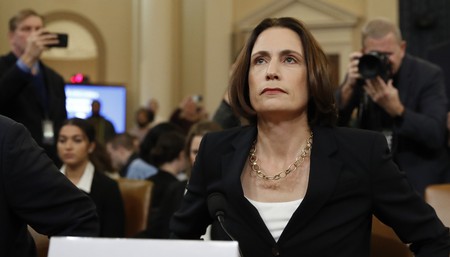