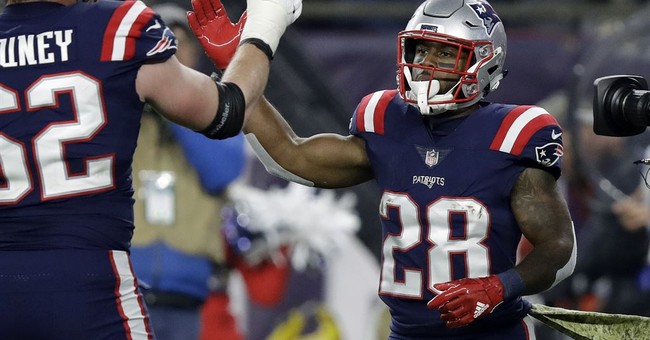 I never tire of hearing about people chipping in during a time of crisis.

I’m happy to report that the New England Patriots have outdone the Mouse.

According to The Wall Street Journal, in an attempt to aid the nation’s healthcare workers, the Massachusetts government enlisted the help of Patriots President Jonathan Kraft.

Jonathan’s also the chairman of the board for Massachusetts General Hospital.

The mission: Pick up a load of N95 medical masks from China, and bring them back to the States.

Jonathan sent the Patriots’ 767 airliner for the delivery.

Oh, and his family — including Patriots owner (and Jonathan’s father) Robert Kraft — paid the cost of delivery.

As noted by Boston.com, on Thursday, Robert Kraft explained to CNN that he by chance had a giant machine lyin’ around:

“We happened to have a little plane that we use for our team that was idle. Our crew…flew probably more hours than they should have, but they knew how important it was.”

The Boston bird flew 1.4 million masks back to Beantown’s Logan International Airport, where Jonathan was on hand along with Massachusetts Gov. Charlie Baker.

“Jonathan, honestly, we can’t thank you and your dad and your family enough for answering the call and helping us make this happen.”

In early March, Baker requested 795,000 masks and received only 125,000. He has previously expressed his frustration with getting outbid by the Trump administration when trying to acquire supplies, but to no avail. After a recent order of 3 million masks was confiscated at the Port of New York, Baker began pursuing direct humanitarian delivery options.

Robert told CNN it was quite a task to arrange for the delivery:

“This probably was the most challenging operation our organization and team ever had to do.”

Among the work: Upgrading the plane with the required software, getting the Federal Aviation Administration to waive various crew mandates, getting visas for the pilots and crew, and obtaining a landing permit in order to touch down in China.

The masks were set for medical centers in Massachusetts, Rhode Island, and New York.

And in the Big Apple Friday, what a sight it was:

A tractor-trailer emblazoned with the New England NFL squad’s name rolled into enemy territory Friday on a mission of mercy, as it pulled up to the Javits Center to drop off a huge supply of N95 respirator masks that were purchased from China by the franchise’s owner.

“We’re all in this together. Headed to New York with hope, love and 300,000 masks for healthcare workers,” the Patriots wrote on their official Instagram page.

As you surely know, New York City’s been especially hit by COVID-19.

Upon hearing news of the impending donation, Gov. Andrew Cuomo marveled to CNN:

“I think that was the only good call I’ve gotten in about 10 days.”

“Mr. Kraft is a special man,” he said. “What he did here was just pure generosity and goodness.”

“People are looking for good things. This is the greatest country in the world. It’s time for us to rally together and solve these kinds of issues.”

The greatest? In part because of acts such as this, yes, it is.