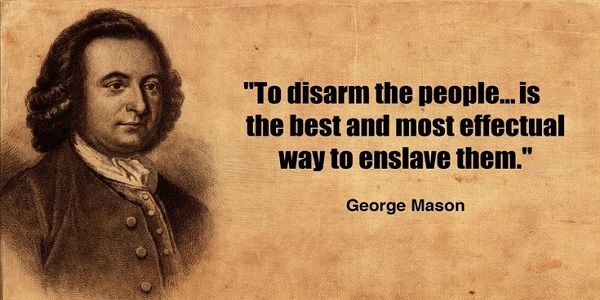 It’s no mystery to the majority of liberty-loving Americans that politicians of every political stripe have been working feverishly to find new ways to restrict or eliminate our constitutionally protected God-given rights. And there has been perhaps no greater effort in their politically correct but unconstitutional agenda than their attempts to void in word and/or deed our Second Amendment right to keep and bear arms.

While attempts to restrict gun ownership have existed throughout American history, the current movement got its footing from the National Firearms Act of 1934 (NFA). This law, a response to gangland crime during Prohibition, established a framework for the federal government to regulate specific types of firearms and accessories, and it imposed a tax on the manufacture and transfer of firearms defined by the Act.

Though amended by the Gun Control Act of 1968 to address a flaw that nearly voided the NFA, the law has been used to curtail, if not prohibit, transactions involving firearms identified in the 1934 law. Since 1968, the Firearms Protection Act of 1986, the Brady Handgun Violence Prevention Act of 1993, and the NICS Improvement act of 2008—which “improved” background checks required under the Brady Law—have also been added to the NFA.

As you can see in this very brief timeline, the old “slippery slope” adage is true. And in the aftermath of recent shooting events at public schools, the final pieces of the puzzle to void the Second Amendment are ready to put in place.

For example, the omnibus spending bill passed by the GOP-controlled Congress and signed into law by Donald Trump in March included the Fix NICS Act, a bill introduced by Republican Sen. John Cornyn. This so-called “improvement” to NICS gave the government power to deny gun rights to individuals for something as minor as a traffic ticket, and it laid the groundwork for the establishment of a FBI database of all gun owners.

With Fix NICS in the books, and with Republicans and Democrats in one accord on gun control, Washington is ready to take the next logical step toward voiding the Second Amendment—a Nazi Germany-style gun registry. If successfully made into law, these proposals will give the federal government complete control over every gun and gun owner in America, thus giving our Big Brother overlords the power they need to eliminate private gun ownership entirely.

Senator Bill Nelson (D-FL) has introduced the Crime Gun Tracing Modernization Act, a bill that will require the federal government to establish a “searchable, computerized database” of all records pertaining to the sale, importation, production, or shipment of firearms. Though he hasn’t advocated a database system “yet”, Nelson’s GOP opponent, Gov. Rick Scott is equally as dangerous following his strong anti-gun position since the Parkland, FL high school shooting.

In the House of Representatives, Democrats have introduced the Blair Holt Firearm Licensing and Record of Sale Act. If passed, it would prohibit gun ownership without a license and would require a valid firearms license to transfer and receive a gun. The bill would also require the US attorney general to maintain a “federal record of sale” system to track every gun purchase made in America.

From laws denying gun rights to adults under 21 years of age to the growing acceptance—even in Washington—of using Extreme Risk Protection Orders (ERPO) to seize firearms from individuals who haven’t broken any laws, many Americans have already lost their Second Amendment rights.

If anti-gun politicians in Washington have their way—and with no Constitutional conservative coalition to stop them, they might—all of America will soon know the reality of living in a country without a Second Amendment . . . and without liberty.