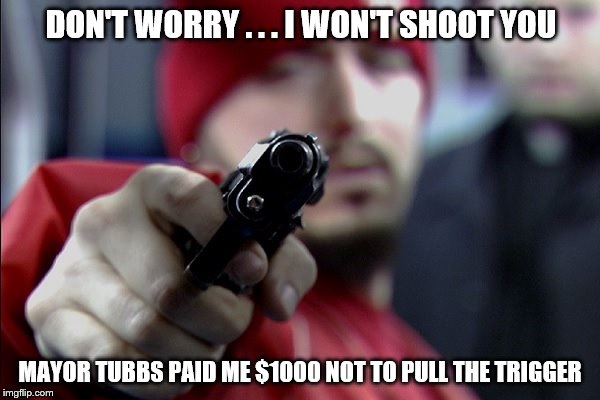 Earlier this month, I wrote a piece about how the Democrats have adopted the Marxist ideals of Democratic-Socialism, officially adding them to the party’s agenda heading into the 2018 and 2020 elections in their effort to move the country closer to becoming a post-Constitutional America.

Vital to their agenda is a belief in big government, the surrender of liberty and self-determination, and the destruction of free-market capitalism—an agenda that is growing in acceptance with the next generation of voters.

The list of socialist “solutions” to America’s “problems” is long . . . and getting longer. From government-run health care to newer ideas like government-funded universal basic income and government-guaranteed jobs for life, nothing is off-limits when it comes to creating a world where government provides everything it believes we need.

This brings us to the latest example of Democratic-Socialism from the laboratory of socialist government—California.

In the city of Stockton, CA, where Mayor Michael Tubbs is already preparing to launch a living wage program—at $500/month, it’s more like a government-provided allowance for recipients to spend however they wish—comes word from the 27-year-old Stanford graduate of a solution to the growing gun violence and gang problems in his city.

Tougher prison sentencing? Get serious. This is a California socialist we’re talking about.

Mayor Tubbs wants to solve the gun and gang problems the same way Democratic-Socialists always do—with a government check. The city of Stockton is considering issuing a check of up to $1,000/month to residents identified as “most likely to shoot somebody” under a program called “Advance Peace.”

Tubbs, a Stockton native and Stanford graduate who is all of 27 years old, wants to give at least $500 a month to a select group of residents. They’ll be able to spend it as they wish, for 18 months, in a pilot program to test the impact of what’s called guaranteed basic income.

If the very sound of that knocked you half off your chair, this next initiative might finish the job.

Stockton is about to award stipends of up to $1,000 a month to residents deemed most likely to shoot somebody. This program is called Advance Peace, and it’s modeled after a crime reduction program in the Bay Area city of Richmond.

What Tubbs is proposing is essentially paying criminals not to commit a crime, at least not a crime using a gun. Which begs the question, why stop there? If you actually believe you can pay a gang-banger not to kill, why not pay them not to rob or rape? Ridiculous, right?

In the interest of better marketing, I have a suggestion for a new name to give his program. I realize that this is California, but “Advance Peace” sounds a bit too 1960’s for me.

How about Cash for Criminals? Or Cash for Killers? I’ll let the mayor decide.