Fleetwood Mac and Lindsey Buckingham: A parable of the GOP and conservatives 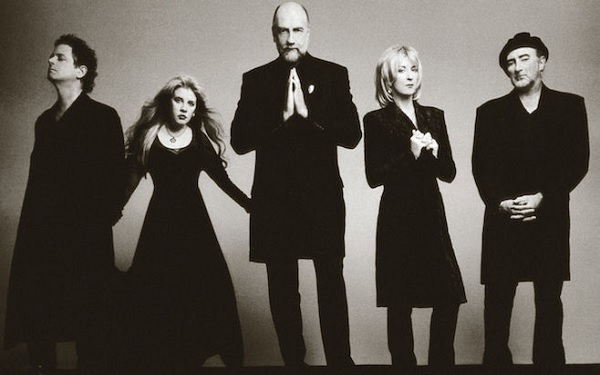 As a fan of classic rock music, I was disappointed to hear that Fleetwood Mac fired Lindsey Buckingham. In the band’s first interview after the termination, Mick Fleetwood avoided using the word “fired” but essentially confirmed that’s what happened in a weak defense of the band’s decision.

“Words like ‘fired’ are ugly references as far as I’m concerned. Not to hedge around, but we arrived at the impasse of hitting a brick wall.

“We made a decision that we could not go on with him.”

Though widely considered the person who saved Fleetwood Mac from becoming a footnote in the annals of Rock N’ Roll history after the band nearly collapsed in the early 1970’s, Buckingham was still deemed expendable and no longer a fit for their agenda. Buckingham was replaced with talent that could only imitate the success he brought to the group.

After initially remaining silent about the incident, Buckingham recently shared his feelings.

“This was not something that was really my doing or my choice.

“There were factions within the band that had lost their perspective (and) it harmed the forty-three-year legacy that we worked so hard to build.”

Now, why am I talking about the falling-out between members of a rock band? Because it serves as a parable of what we’ve witnessed happen to the Republican party.

Think of Fleetwood Mac as the GOP and Lindsey Buckingham as Ronald Reagan.

Following major losses in the 1960’s and the Watergate scandal in the 1970’s, Republicans were on the verge of becoming a footnote in the annals of political history. It was during this time that Ronald Reagan joined the band and beginning with his 1964 “A Time For Choosing” speech, he saved the GOP with his message of conservatism.

Sadly, just like Fleetwood Mac did to Lindsey Buckingham, the Republican party decided that Reagan conservatism was expendable and no longer a fit for its agenda despite a long legacy of success. They “fired” conservatives and replaced them with Trumpservatives—something that sounds like the original but is merely an imitation.

Taking the parable to its conclusion, what Buckingham said about Fleetwood Mac is also true when it comes to conservatives and the GOP. Conservatives didn’t choose to leave the Republican party; the Republicans party left conservatives. And the result has been a loss of perspective and the destruction of the GOP’s conservative legacy.

Ironically, the song “Go Your Own Way” was the first hit for Fleetwood Mac after Buckingham joined the band. Seems to be an appropriate way to end this piece after the GOP’s decision to go its own way. Even though the lyrics describe a breakup between two people, if we look at them as a parable, I think they describe the political breakup between Republicans and conservatives pretty well.

Loving you isn’t the right thing to do
How can I ever change things that I feel?
If I could, maybe I’d give you my world
How can I when you won’t take it from me

Tell me why everything turned around
Packing up, shacking up is all you wanna do
If I could, Baby I’d give you my world
Open up. Everything’s waiting for you