In the Midst of Wuhan Virus Outbreak, Even Some Leftists Are Making Cultural Judgments and It Is Long Overdue 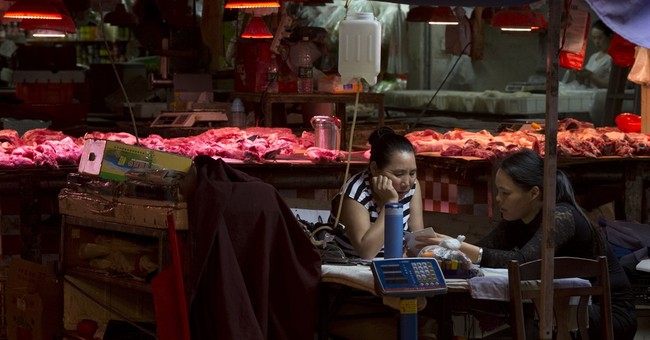 For decades now, whether they wanted to or not most of the western world has wallowed in a patronizing leftist-driven “judgment-free zone” where even well-meaning critics of questionable, sometimes abhorrent practices in other countries have been slapped and branded with the “racist/bigot/intolerant” label. This in spite of the fact that the silencing tactic known as political correctness has quite literally killed people.

But over the last few weeks, a growing number of leftists who you normally would find condemning people for making cultural judgments are starting to make some of their own.

What brought it on? The Wuhan virus outbreak.

For example, Paul McCartney recently stepped out on a limb to say the quiet part out loud about China’s wet markets, where the virus is believed to have originated:

“I really hope that this will mean the Chinese government says, ‘OK, guys, we have really got to get super hygienic around here.’ Let’s face it, it is a little bit medieval eating bats,” [McCartney] said.

McCartney proposed that stars such as himself and Stern call for the markets to be a thing of the past.

“It’s not a stupid idea, it is a very good idea,” he said. “They don’t need all the people dying. And what’s it for? All these medieval practices. They just need to clean up their act. This may lead to it. If this doesn’t, I don’t know what will.”

“This is about facts. It’s about life and death. We’re barely four months into this pandemic, and the wet markets in China — the ones where exotic animals are sold and consumed — are already starting to reopen,” he later added.

“Sorry, Americans. We’re going to have to ask you to keep two ideas in your head at the same time: This has nothing to do with Asian Americans, and it has everything to do with China,” Maher concluded. “We can’t afford the luxury anymore of nonjudginess towards a country with habits that kill millions of people everywhere because this isn’t the first time.

SARS came from China and the bird flu and the Hong Kong flu, the Asian flu. Viruses come from China just like shortstops come from the Dominican Republic. If they were selling nuclear suitcases at these wet markets, would we be so nonjudgmental?”

Democrat Michael McFaul, a U.S. ambassador to Russia during the Obama administration, recently called for “the abolition everywhere of dangerous wet markets.”

Even more importantly, Democratic state legislators in states like California and New York and a bipartisan group of U.S. Senators and Congressmen are calling for a ban on them worldwide.

Unfortunately, as my RedState colleague Bonchie wrote recently, China is already reopening their wet markets even as their Wuhan coronavirus case numbers start to climb again.

I think Maher’s argument is the best one I’ve seen so far pushing back on the idea that it’s wrong to be “non-judgmental” about practices in other cultures, especially when you consider that the more disturbing ones have the potential to impact the health of people here at home. Unfortunately viruses don’t have borders, and wherever they originate from they tend to spread far and wide.

So many of them come from Asia and Africa, as Maher noted. As to why, this article provides a good explanation. Wet markets are only part of it.

It’s important to note that making judgments about certain cultural practices is not necessarily the same thing as judging the people who may participate in them. For example, we have wet markets here in America on which lawmakers at the very least want to put more FDA safeguards in place if not outright ban them altogether. This is not saying that the people who run them are monsters. It is saying the practice has the potential to spread disease and should be changed or stopped.

Though most on the left will still continue to bang the “racism/xenophobia” drum in regards to any criticism of China and wet markets well after we’ve gotten past the worst of the Wuhan coronavirus, it’s still nice to see a few are waking up to the reality that political correctness kills, and the lives of our fellow citizens here in America and elsewhere across the world are much more important than worrying about hurt feelings.