The Government Could Not Win the Case Against Gen. Flynn; Dismissal Was the Only Option (Part Two)

This is Part Two of a two-part story analyzing the process used to coerce a guilty plea out of General Michael Flynn. (Read Part One here.)  This part examines the significance of the recent document disclosures, and why those documents would have prevented the government from proving a necessary fact at trial — it had no witnesses or evidence to show a legitimate investigation of Gen. Flynn was underway. 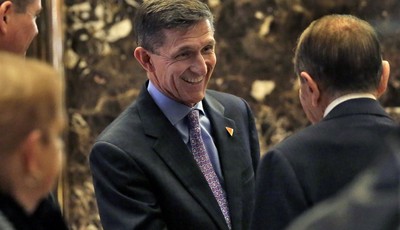 While trying to resist the temptation to turn this into a law school lecture on an obscure point of substantive federal criminal law, it is nevertheless important to understand the evidentiary significance of some of the documents in the Flynn case that have recently come to light.  Those documents — had they been timely disclosed to 1) Flynn’s attorneys; 2) the Court; 3) the Inspector General; or 4) Congress — would have destroyed the justification repeatedly asserted for questioning Gen. Flynn on January 24, 2017, and raised the obvious implication of there being a political motivation in the FBI and SCO’s pursuit of Gen. Flynn.

Recognizing this problem, the Department of Justice earlier today filed with the District Court a notice of its intention to seek permission to drop the prosecution of Gen. Flynn.

Before I explain the significance of the newly released documents, let me make an observation based on my 22+ years as a federal prosecutor having dealt with hundreds of federal law enforcement agents from more than a dozen different agencies.  First, some agents are excellent, while some agents are terrible.  The excellent agents generally understand their jobs and their roles, and understand that being “prosecutor” isn’t part of either.  The terrible agents tend to think they understand the entire process, and can answer questions about how to prove a case as well as the prosecutor because they gathered the “evidence” — agents who are attorneys are the worst offenders.

The first question a prosecutor who is a good trial attorney asks is “What are the elements of the offense that I will need to prove?”

The second question is “What witnesses or evidence will I be able to get admitted at trial to prove each of those elements?”

A third question that doesn’t normally get asked — but is highly pertinent to the case against Gen. Flynn — is “Has anything happened during the course of the investigation that will make it difficult or impossible for me to prove one of those elements?”

The newly released documents go to this third question — and the answer was unequivocally “Yes.”

The draft Closing EC reflected that several months of investigative effort had revealed “no derogatory information” about Gen. Flynn in connection with the allegations that caused him to be included as part of the Crossfire Hurricane investigation.  The Crossfire Razor investigation of Gen. Flynn began in August 2016, in order to determine if Gen. Flynn “may wittingly or unwittingly be involved in activity on behalf of the Russian Federation which may constitute a federal crime or constitute a threat to national security.”  The Closing EC details the various types of investigative steps taken to develop information that answer that question as to Gen. Flynn.  The EC documented that the outcome of those efforts was a determination that no such information existed — he wasn’t a Russian agent.

It is quite likely that the Agent tasked with performing the ministerial task of drafting the Closing EC was simply a member of the squad supervised by Joe Pientka.  Such a task would normally fall to a squad agent — it would not be done in the first instance by a supervisor, certainly not by someone at Peter Strzok’s level, or even at Joe Pientka’s level.  Normally, a case agent would meet with his squad supervisor, detail the findings of the investigation over several months (after having kept the supervisor up to date as the investigation proceeded), and would then be given the instruction by the supervisor to “close” the file since nothing had been developed that warranted further investigation.  After the “Draft” was complete and uploaded into the electronic database, the Supervisor would sign off on the closing, and the file would be closed in the FBI’s internal case tracking system.

In text messages on January 5, 2017, Strzok and Lisa Page discussed the need to prevent the file from being closed even though the draft Closing EC had been completed.  My guess is that the only thing lacking at that point was the approval of the supervisor — maybe Pientka — who had given the instruction in the first instance.  But January 5 was the day of the Oval Office meeting between representatives of DOJ, FBI, and IC agencies, during which the results of the IC investigation into Russian interference in the 2016 election were discussed with Pres. Obama and his national security staff.  Part of this meeting involved a discussion of what to tell — and what not to tell — members of the incoming Trump Administration about the investigation.  The text messages indicated that the decision to not close Crossfire Razor came from senior FBI management — some of whom had been at that meeting.

The calendar becomes important here because Flynn’s two contacts with the Russian Ambassador, which became the point of controversy connected to his later interview, took place on Dec. 22 and 29, 2016.  By January 5, 2017, the FBI certainly had transcripts of both calls, and knew exactly what Flynn had said to the Ambassador.  So, on January 4, 2017, the FBI agents and supervisors on Crossfire Hurricane and Crossfire Razor had determined there was no evidence, including in the transcripts of the calls, to support the proposition that Gen. Flynn was “wittingly or unwittingly” involved in activity on behalf of the Russian Federation that was a crime or a threat to national security.

Whether or not interview answers given to FBI Agents are “material” is a question of fact that the jury must decide at trial.  So “materiality” is an issue the government must prove as part of its case-in-chief.

The legal question is generally formulated as follows:  “To establish “materiality” … it is sufficient that the statement have the capacity or a natural tendency to influence the determination required to be made.”  The Department of Justice Criminal Resource Manual advises federal prosecutors that “Materiality is best shown by the testimony of a witness, generally those who make the decisions … in the particular case, concerning the influence that defendant’s allegedly false statement might have had on the ultimate result….”

So, at any trial of Gen. Flynn on the charge that his false statements to the Agents were “material”, it would have been necessary for the government to call witnesses who could answer the questions about why Gen. Flynn’s answers were “material” — i.e., capable of influencing their decision making in the Crossfire Hurricane investigation.  The witnesses would have needed to explain how it was that Gen. Flynn’s answers to questions about his conversation with the Russian Ambassador were “material” to the investigation into alleged activities of the Russian Federation that were a “crime or threat to national security”?    How was the subject of the potential Russian response to the Obama Administration’s expulsion of Russian diplomats “material” to a crime or threat to national security?  How did the Russian position on the UN vote on the Egyptian resolution involve a “crime” or “threat to national security”?

FBI agents are not empowered by law to questions people on “spec”.  Their questions must relate to an authorized pending investigation.  We know now that the pending investigation of Gen. Flynn was set to be closed on January 4, but it was then kept open at the direction of top FBI management.   Why was it kept open when there was a finding of “no derogatory information” on the original justification for opening the investigation?   The transcripts of his conversations with the Russian Ambassador were known to the FBI agents who were closing the investigation.  Any fertile line of cross-examination at trial would have involved running down the “pretextual” reasons that were offered — such as the Logan Act canard — for justifying keeping the matter open in order to interview Gen. Flynn.

Relating back to Part One of this story, remember that it was SCO prosecutor Van Grack who drafted the “factual basis” for Gen. Flynn’s guilty plea.  A necessary part of that factual basis to set forth for the Court was the element of the offense meeting the “materiality” requirement.  Van Grack wrote:  “FLYNN’S false statements and omissions impeded or otherwise had a material impact on the FBI’s ongoing investigation into the existence of any links or coordination between  individuals associated with the [Trump] Campaign and Russia’s efforts to interfere in the 2016 presidential election.”

How would Gen. Flynn know if that was a true or false statement? What insights would Gen. Flynn have on the issue of whether his answers to questions on Jan. 24 “impeded” or “otherwise had a material impact” on the investigation?  He didn’t.  This is a subject where the Prosecutor has a monopoly on the information that Gen. Flynn is being forced to “admit”.   The accuracy of this claim all rides on the integrity of the SCO prosecutor in telling the defendant and his lawyers that it is true, and then telling the Court that it is true.

So what impact does it have on the viability of a prosecution if it turns out that the prosecutor lied to Gen. Flynn and his lawyers about the issue of materiality?  What impact does it have on the case when the Prosecutor withholds derogatory information about the federal agents who would be called to show “materiality”, and that information shreds their credibility and makes them useless as witnesses at trial?

Who would Van Grack have called as a witness at trial to prove that the substance of Gen. Flynn’s discussions with the Russian Ambassador would have influenced the decisions to be made in the Crossfire Hurricane investigation — with that testimony being offered against the backdrop of the documentary evidence showing that the proffered justifications for the interview of Gen. Flynn were pretextual, and the investigation into him was supposed to have been closed by the FBI 20 days earlier?

This goes back to the three questions I posed at the outset — 1) What are the elements of the “false statement” crime? Materiality is one element.  2) Who are the witnesses and what evidence is admissible to prove that element?  The witnesses are badly compromised by expressions of bias and potentially illegal conduct.  3)  Did anything happen during the course of the investigation to making proving an element difficult or impossible?  The FBI was set to close out the investigation, but then decided to keep it open on transparently pretextual grounds in order to justify the interview, and there is a written record of that fact.

The government could not win the case against Gen. Flynn if he was successful in withdrawing his guilty plea, and forcing a decision on the part of the DOJ as to whether to continue the case against him or not.  Today’s filing was simply a recognition of that fact — and it was long overdue.