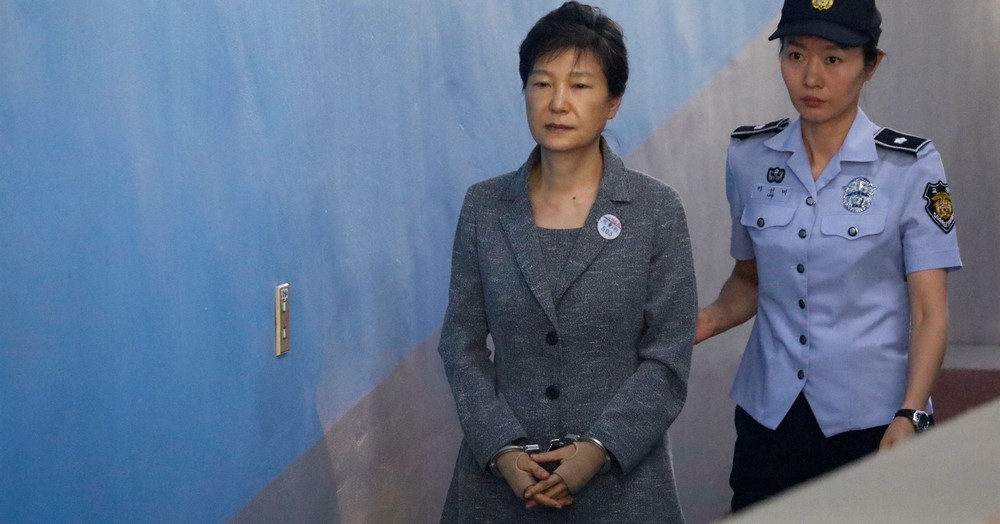 Former South Korean President Park Geun-hye has been found guilty of coercion, bribery, and abuse of power and a court handed down a 24-year prison sentence. She has also been fined $17 million.

Park was found guilty of 16 of the 18 charges she faced, which led to her removal from office last year. The 66-year-old did not participate in her trial or attend her sentencing hearing.

Park’s troubles and the protests that spurred the government to action are related to donations to pet policy projects.

The allegations against Park have to do with a friend and former aide with whom she is accused of colluding with to pressure big businesses into donating to two foundations set up in support of her policy initiatives.

Park has since apologized for negligence but has denied she did anything wrong.

If You Really Wanted to Destroy the U.S., Then...
Townhall
Apple's CEO was eager to answer reporter's questions about China & protests (JUST KIDDING!)
Twitchy
Martha MacCallum Leaves John Kirby Stuttering Over Differing Treatment of Twitter and Apple
Redstate
Why Is the Left So Obsessed With Harming Children?
PJ Media