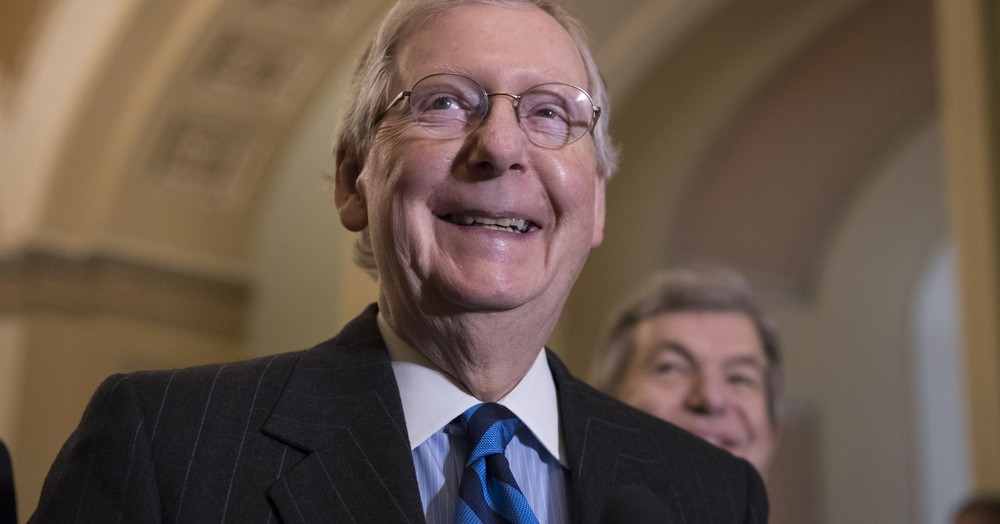 Mitch McConnell said Wednesday that the Senate has reached a “significant agreement”  on a budget deal Sen. Chuck Schumer called “a genuine breakthrough.”

McConnell thanked Schumer and the Democrats for working with Republicans to roll back sequestration cuts. Schumer called the deal a “budget neither side loves but both can be proud of.”

The budget reportedly has no immigration or DACA provisions, which Pres. Trump has said is a must. The Senate bill still must pass a House vote, where leaders of both sides have raised the need for assurances from the majority and the President.

In other words, the showdown isn’t over yet.