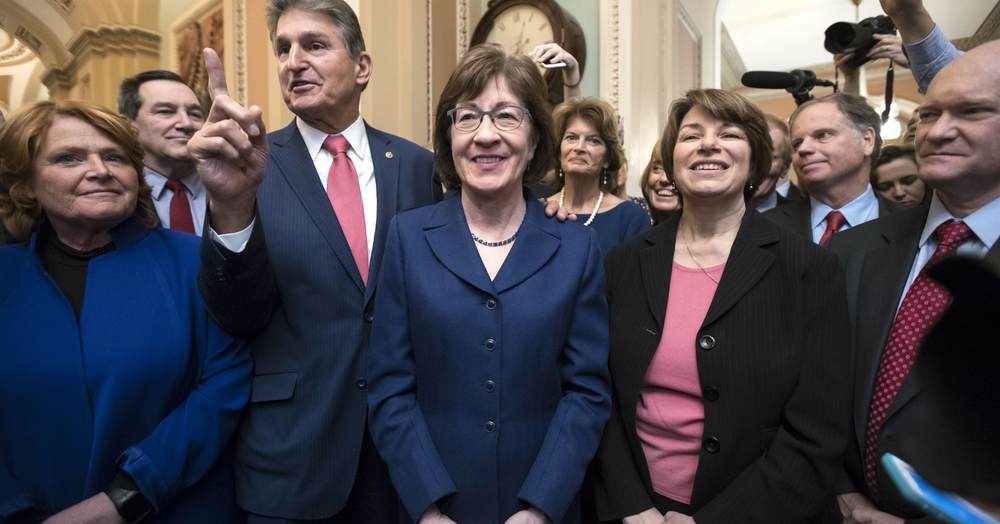 It’s like a scene from marriage counseling that is absolutely going to end in divorce.

Sen. Susan Collins (R – Maine) was forced to make Democrat and Republican senators use a talking stick during debates in her office over the short term continuing resolution that passed Monday.

That’s right. Grown adults couldn’t speak to each other in a civil enough manner that a tactic one would expect from primary school children had to be implemented.

Whoever had the stick was allowed to talk. One can only imagine the amount of argumentative crosstalk was happening before Collins resorted to such a schoolroom tactic.

Apparently, while the tactic was successful, one senator couldn’t follow the rule of the “talking stick.” A Republican senator said at one point another senator was speaking when they were interrupted by another asking a short, but loud question.

According to the report, “The member who was holding the stick “forcefully delivered” the stick across the room — but it missed its mark and caused damage to a shelf in Collins’ office.” A figurine of an elephant didn’t survive the blow.

I’d say “grow up” to all in the room, but when older adults are resorting to “talking sticks,” I think the sentiment is beyond being helpful or something we can expect.