'There It Is': Schiff Admits Impeachment Trial Is All About Election, Casts Doubt Election Would Be 'Fair'

On Tuesday the National Republican Senatorial Committee released a terrific video showing how Democrats have been trying to impeach President Donald Trump since he was elected.

But the point was to stop him from being re-elected as some of them actually admitted.

In May, Rep. Al Green (D-TX) said, “I’m concerned that if we don’t impeach this president, he will get re-elected.”

Also in May, House Speaker Nancy Pelosi said, “We have to make sure — this will sound political but we have to make sure that the Constitution wins the next presidential election. We can’t be worrying about well, how long is this going to take? Well, that will take as long as it does. And we will press the case so that in the court of public opinion. People will know what is — is right. But we cannot accept a second term for Donald Trump if we are going to be faithful to our democracy and to the Constitution of the United States.”

In November, socialist Rep. Alexandria Ocasio-Cortez (D-NY) told CNN’s Wolf Blitzer, “At the end of the day, we have to be able to come together as a caucus and if it is this Ukrainian allegation that is what brings the caucus together, um, then I think we have to run with however we unify the House. We also need to move quite quickly because we’re talking about the potential compromise of the 2020 elections,” Ocasio-Cortez continued. “And so this is not just about something that has occurred; this is about preventing a potentially disastrous outcome from occurring next year.”

Now House Intel Chair Adam Schiff, who is one of the Democratic managers for impeachment, is basically admitted it again during the Senate trial on Wednesday.

"The president's misconduct cannot be decided at the ballot box, for we cannot be assured that the vote will be fairly won."

“As we will discuss, impeachment exists for cases in which the conduct of the president rises beyond mere policies, disputes to be decided otherwise, and without urgency at the ballot box,” he claimed, while actually pushing exactly the kind of case that the Founders feared and the Constitution is against.

“Instead, we are here today to consider a much more grave matter and that is an attempt to use the powers of the presidency to cheat in an election,” Schiff continued. “For precisely this reason, the president’s misconduct cannot be decided at the ballot box, for we cannot be assured that the vote will be fairly won.”

Not only is he admitting it’s all about the election, he already seems to be conceding that Trump might win and is trying to cast doubt that would be fair.

That’s despicable. Democrats have already been lying about Russia collusion as part of this trial, acting as though it were a proven fact as opposed to a debunked lie. Now they’re trying to undermine the election themselves with this.

Remember when Hillary Clinton claimed that such attacks were a “threat to our democracy?” Democrats have now fully embraced that threat and are directly attacking our institutions to try to achieve power. This impeachment effort is itself an abuse of power and we will have something to say about it at the ballot box, whether Adam Schiff likes it or not.

Right. If they win, of course it was a fair election. If they lose, it was of course fraudulent and commence impeachment.

Imagine if one operated this way in all facets of life?

@AdamSchiff is trying to Interfere in the election. He should be removed from his position.

Shorter Schiff: “You peasants are not intelligent enough to vote properly.”

We can't beat him because everything we said would happen when he was elected didn't happen, so we cannot let voters decide if he comes back. https://t.co/MkooS4ulg5

setting up 4 more years of russia collusion delusion. No peaceful transfer of power for dems

And there it is

So he is admitting that the Dems want to take away our voting rights if, in their view, the wrong person wins. This is extremely frightening for our country. I will NEVER vote for a Democrat again.

Is there a losing election that Democrats will ever accept these days?

I swear to god I've never voted Republican, but the party of Bill Clinton and even Barack Obama has gone off the reservation. There is no place for a moderate any more.

The most dangerous thing I've heard in all of this.
The Dems do not want the people to decide in elections. All elections they lose are now deemed illegitimate.

(Narrator: Translated, he is saying his party has zero chance whatsoever of winning in November, so they are conducting this imaginary charade in a desperate pipe dream of removing the President from office). 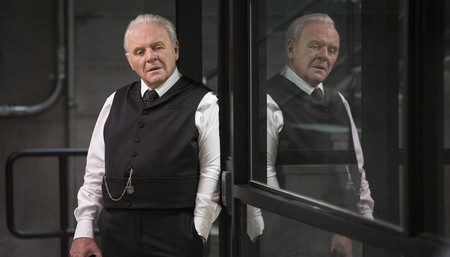