Which pollster gave him that lead, may surprise you.

Presidential candidate Donald Trump gestures to the crowd gathered in front of the Trump Tower ahead of the passing of pope’s motorcade Thursday, Sept. 24, 2015, in New York. (AP Photo/Kevin Hagen)

The LA Times/USC poll has been ridiculously slanted toward Trump for months. It’s managed to give Trump a tie, when every other poll had Hillary Clinton up by half a dozen. But CNN/Opinion Research was the last poll to give Donald Trump an actual lead (3 points back in July), and now with their first Likely Voter-screened poll, they’ve come out with a 1 point lead for Trump.

What’s interesting about the poll is that it actually moved Clinton higher in the poll average, as its result of Trump 49-Clinton 48 has a lot fewer undecideds than most polls. The change is entirely on Trump’s side; CNN and ORC are finding a lot more Trump voters than the other polls are.

He’s still down 3 in the RCP average, and he’s still getting wiped out in state-by-state projections, but I suppose the GOP will take good news wherever it will be found. 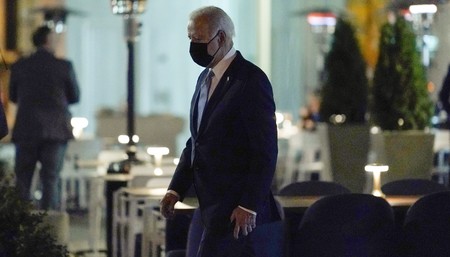 Not Even Biden Voters Want Him in Office Anymore