Tech at Night: Kim Dotcom in trouble? Let's bar anarchists from the country. Net Neutrality vs the Bill of Rights.

Apparently Kim Dotcom is already tired of living as a fugitive in New Zealand. Tired of laying about, risking capsizing an island, he’s quitting the new Mega to focus on his defense.

Meanwhile, it’s unfortunate that this anarchist was allowed in the country. Let’s just bar him from the United States, please?

The latest problem with Net Neutrality? It tramples over the Bill of Rights. Opposing the FCC’s power grab is the position in favor of civil liberties.

Innovation and competition work well to serve us, and that’s why we need a light regulatory touch.

Remember when I suggested the FTC was probably right to go after firms providing services that were grossly insecure? Here’s a counterpoint suggesting the problem with the FTC’s action may be that it went beyond its authority.

I think we all understand why traditionally we’ve regulated satellite imagery, But as the technology becomes available to all, we’d better watch out that we don’t hinder innovation and harm Americans to the benefit of others.

By the way, on patent trolling: I think the clear line we need to draw is that patents are meant to encourage useful works. When patents are used not to create, but to destroy, it’s a sign of a problem. But we need to make sure we solve the root problem, which could very well be the fact that we simply award too many stupid, obvious patents. 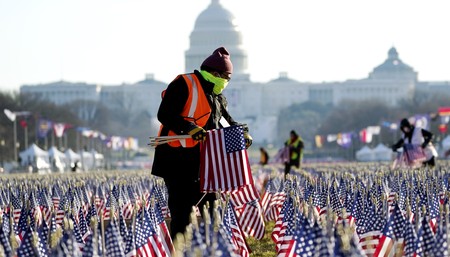 Ted Cruz Dons the Most Texan, Message-Sending Facemask He Could During Inauguration
Brandon Morse