Can Fed-up Canadians Kick out-of-Control Trudeau to the Curb? It’s Not as Easy as They Might Think

While the 25th Amendment to the U.S. Constitution lays out a clear path by which a president can be forcibly removed from office, our Canuck friends in the quickly-turning authoritarian, no-longer-Great White North have no such path in place should they want to remove their rogue prime minister, Justin Trudeau.

Then again, as reported by Canada’s National Post, if a prime minister can’t or won’t resign for whatever reason, the governor general has the authority to appoint a new one — also for any reason that he or she chooses — automatically kicking the prior prime minister to the curb. Additionally, the prime minister can be removed from office once he or she can no longer maintain a majority in the House of Commons.

In normal circumstances, prime ministers are removed from power by losing parliamentary confidence votes or by leadership rebellions within their own party. That said, both of those scenarios rely on a prime minister willing to voluntarily step down. Given the recent dictatorial actions of Trudeau, who now clearly appears drunk with socialist power, all bets are off. He could simply ignore his cabinet, refuse to convene parliament, and continue issuing authoritarian edict after authoritarian edict.

So here’s where it gets sticky.

Given that Canada’s liberal governor general Mary Simon was appointed by Queen Elizabeth (who knew?) on the recommendation of Trudeau, if the prime minister and the governor general are in “cahoots,” let’s call it, Canada could be screwed — pretty much like it already is.

All things considered, the process is more complicated than most Canadians think. And given the current “popularity” of Trudeau and his heavy-handed bullcrap, they just might find out — one way or the other.

Considering the following headlines, “finding out” might come sooner than Canada thinks if Trudeau defiantly continues on his destructive path — his political career included:

Trudeau Is Already Threatening Civil Liberties With His Power Grab

Clearly, something or someone needs to give.

Police on Friday arrested at least 100 demonstrators, towed away vehicles in Ottawa, and a stream of trucks started leaving under the pressure, raising the possibility of an end to the three-week protest against Trudeau’s draconian COVID-19 mandates and restrictions. But Trudeau remains Trudeau — and the out-of-control dude increasingly makes Bernie Sanders look like Ronald Reagan.

Needless to say, the embattled prime minister enjoys the avid support of the left-wing media and elitist lunatics in academia, on both sides of the border. As I reported previously, The Washington Post ran an op-ed written by a wingnut Ph.D. candidate in the department of history and sociology of science at the University of Pennsylvania, titled The Ottawa Trucker Convoy Is Rooted in Canada’s Settler Colonial History.

Kinda gives it away with the title, huh?

As the author, Taylor Dysart sees it, the quest by protesting truckers, or anyone else (who’s white, apparently), for individual freedom is “intertwined with Whiteness.” AKA, as she gleefully writes: “A key component of White Supremacy.” If Justin Trudeau and Taylor Dysart arent already BFFs, can someone please hook these two lunatics up and ship them off to China? Or North Korea? Yeah, North Korea.

Justin Trudeau is a runaway socialist train, either devoid of self-awareness or fully aware of what he is doing to his fellow Canadians and doesn’t give a damn.

The scary part for rational Canadians is anyone with a modicum of common sense and a logical thought process can see that the rogue prime minister is not only destroying individual freedom and liberty in his country; he has already destroyed any hope of a political career in the no-longer-Great White North. 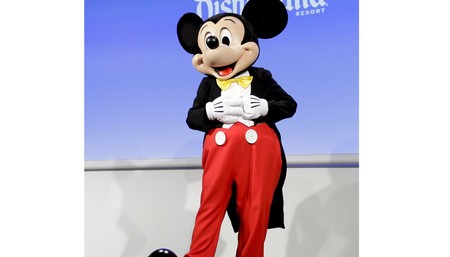 Go Ahead and Gloat
Townhall
Green Day's Billie Joe Armstrong announces that he will give up his U.S. citizenship and no one has a problem with that
Twitchy
Bill Maher Drives a Stake Through Leftism as the Democrat Party Abandons American Voters
Redstate
Astonishing Testimony From Dr. Birx Lost Amid Landmark SCOTUS Rulings
PJ Media