U.S. Soldiers in “War” with ISIS Not Eligible for Medals? 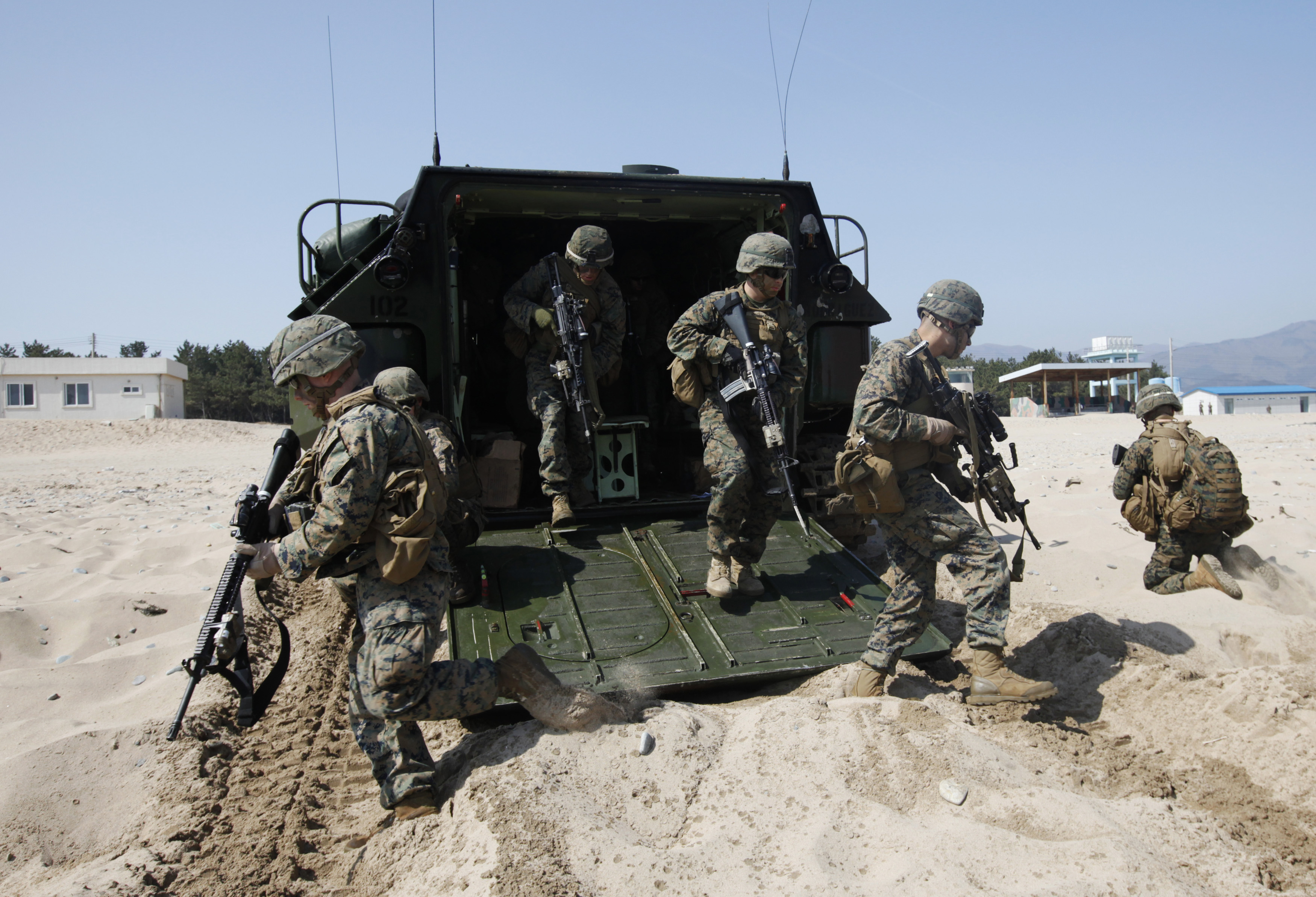 With 1,600 military “advisers” on the ground in Iraq, 2,300 of our troops being deployed to the Middle East as a “special purpose marine air ground task force,” and ongoing airstrikes being conducted in Iraq and Syria against ISIS’s jihadist army, it is absolutely stunning that our military personnel are NOT eligible for certain military medals.

Why? Because the Obama Administration refuses to call our fight against ISIS terror a military campaign.

It’s not only outrageous; it’s insulting to the brave men and women our Commander-in-Chief has put in harm’s way, has sent into a war zone, to defend freedom.

Make no mistake; ISIS is at war with America. They are slaughtering Christians. They have amassed huge wealth and sophisticated weapons. They are a jihadist army.

To tell those who we’ve tasked with defeating them – and President Obama told the American people that’s what we are going to do – that they can’t receive commendation medals in this fight is preposterous.

As The Hill reports:

[Our service members in Iraq] cannot receive the Iraq Campaign Medal, which is reserved for troops deployed between March 19, 2003, and Dec. 31, 2011, defense officials say. Nor are they eligible for the Global War on Terrorism Expeditionary or Service medals, which are only awarded to troops supporting Operation Enduring Freedom, originating with the 2001 Afghanistan War.

Veterans groups are infuriated. John Bircher of the Military Order of the Purple Heart said, “If that’s not a terrorist organization, and this is not a war against ISIL, then I don’t know what this is.”

He’s exactly right. What’s unbelievable about all of this is that it all comes down to President Obama’s refusal to name this mission.

“Should U.S. Service members be deployed to Iraq under a new named operation, DOD has policy in place that allows the U.S. Central Command Commander to request the Under Secretary of Defense for Personnel and Readiness approve the new operation for award of the GWOT-[Expeditionary Medal] and GWOT-[Service Medal],” Defense officials told The Hill on June 26.

The ISIS campaign has not yet received an official designation, and one does not appear to be in the works.

“I know of no plans at this point to name it,” Pentagon press secretary Rear Adm. John Kirby said last week.

Our men and women sacrificing their lives for freedom deserve better. The American people demand it.

Follow @_MatthewClark
Matthew Clark is Associate Counsel for Government Affairs and Media Advocacy with the ACLJ. A lifelong citizen of the Commonwealth of Virginia, he lives with his wife and three boys in Northern Virginia. Follow Matthew Clark: @_MatthewClark.
Share
Tweet

Let Them Drink Margaritas: Here’s What Psaki Said to Americans Who Are Angry About the State of the Country
Townhall
Nick Searcy calls out Texas Dem Gene Wu for his thread on Meat Loaf's death and vaccinations
Twitchy
Aaron Rodgers Goes There on Joe Biden in Shocking Interview
Redstate
WATCH: Matt Walsh Destroys Woke Gender Narrative With One Simple Question
PJ Media