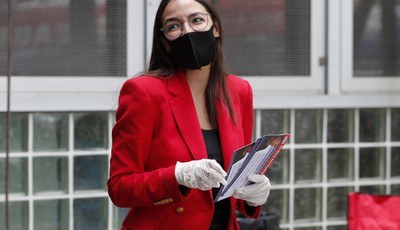 The Democrats have been trying to do away with the opportunity zone program since its inception in 2017. In the following video, I discuss why they are so desperate to get rid of this program, which is designed to benefit disadvantaged minority communities.

Also, here is some background.

In the latest episode of “Democrats work to keep black people poor so that they can be the party of the poor,” Reps. Alexandria Ocasio-Cortez (D-NY) and Rashida Tlaib (D-MN) recently introduced an amendment that would defund the “opportunity zone” initiative. This program was created by the Tax Cuts and Jobs Act that was passed in 2017.

The program is a measure designed to spur economic growth in disadvantaged areas, most of which are predominantly black and Hispanic. The opportunity zones program is a community investment measure that gives incentives for investors to invest in low-income cities. Entities that pour funds into these communities can take advantage of tax breaks, deferred capital gains taxes, and other benefits.

He said: “We’ve seen projects in my home state of South Carolina from Rockville to Charleston, the mayor of Rockville and I had an opportunity zone event before Thanksgiving, and he announced a half a billion-dollar five-year project that will also provide portable housing.”

Ocasio-Cortez and Tlaib’s proposal, if made into law, would prevent the IRS from allocating any funds included in a House spending bill that is currently being considered, to administer the opportunity zone initiative. Democrats opposing the measure have criticized it because some wealthy people, like Michael Milken, have taken advantage of the program’s designation. For example, in one instance, a marina housing superyachts qualified as an opportunity zone.

The original opportunity zones actually had support from some Democratic lawmakers, including Sen. Cory Booker (D-NJ) who praised former HUD secretary Jack Kemp’s Enterprise Zones, the program upon which Sen. Scott’s program is based. However, Tlaib and Ocasio-Cortez, along with others on the far left are trying to essentially destroy the program by attacking its funding. Tlaib targeted the program last year but failed.

But why would any Democrat oppose a measure designed to benefit predominantly minority communities? After all, aren’t they the party that claims to care about the needs of the black community? Don’t they continually rail against the oppression of these Americans?