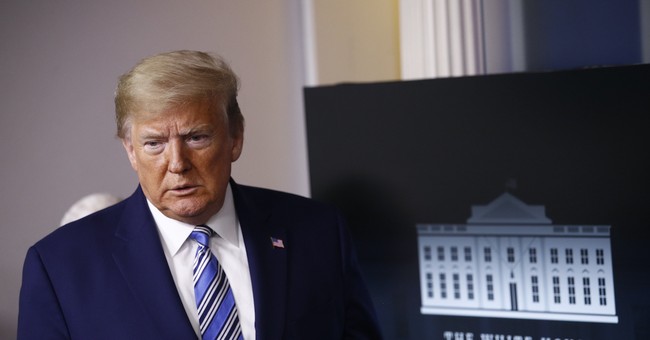 It looks like President Trump was in the mood to trigger folks on Monday night.

On Monday night, he took to Twitter to announce that he is imposing a temporary suspension on all immigration into the United States. He explained that he is taking this action to protect American jobs amid the economic impact of the COVID-19 outbreak.

In light of the attack from the Invisible Enemy, as well as the need to protect the jobs of our GREAT American Citizens, I will be signing an Executive Order to temporarily suspend immigration into the United States!

The President has already come under fire for banning travel from China, Iran, and most European nations during the beginning of the Wuhan virus outbreak. Despite the fact that medical experts agreed that the move was necessary for slowing the spread of the pandemic, high-profile Democrats like former Vice President Joe Biden criticized the decisions. Members of the corporate media also took the White House to task for the move, insisting that it would not be an effective way to curb the spread of the disease.

However, this current decision about immigration seems to be more focused on protecting American jobs than addressing the pandemic itself. As it stands currently, over 20 million Americans have been left unemployed in the wake of the virus and stay-at-home orders being implemented by state and local governments. The unemployment rate rose to 15 percent last week.

The Trump administration recently unveiled its plan for reopening the economy. The strategy provides guidance for state governors in the form of a three-phase plan that would gradually open commerce. However, states have yet to put these measures into action, which means that those without jobs will likely remain unemployed for the foreseeable future.

So far, over 786,000 Americans have been infected with the coronavirus and more than 37,000 have succumbed to the illness. The response to the pandemic has caused nationwide devastation to the economy with businesses being forced to shut down.

Trump’s action is sure to receive condemnation from the progressive corporate press and the Democratic Party. But given the fact that millions of Americans are jobless, it makes sense that the President would take action to ensure that these individuals are able to return to work after the crisis abates.

In all likelihood, those wishing to immigrate to the U.S. would not be able to obtain employment while the COVID-19 situation is still an issue anyway. However, common sense never stopped the far-left from screeching like banshees whenever the President makes a move, has it?