FBI Director Goes To Court To Protect Document Which Was Previously Released In Redacted Form; Hmmm

Kathleen Kavalec has become a familiar name to those of us who follow the Russia collusion probe on a daily basis. Kavalec served as the State Department’s Deputy Assistant Secretary. She met with dossier author Christopher Steele in October of 2016, ten days before the FBI submitted their first application to the FISA Court for a warrant to spy on Trump campaign advisor Carter Page. Kavalec found a number of anomalies in Steele’s story and emailed the FBI two days later about her suspicions.

Kavalec’s email, and the documents attached to it, were publicly released several months ago in response to a FOIA request by conservative political advocacy group Citizens United, albeit in heavily redacted form. The group has filed a new FOIA request to obtain the documents in unredacted form and the FBI has gone to court to prevent that from happening.

The Hill’s John Solomon, a well-connected and highly regarded investigative reporter who follows this case closely, wrote that the FBI’s strenuous fight to keep these records private is “tantamount to giving up the keys to President Trump’s nuclear briefcase, aiding the enemy or assisting terrorists.” He added that, “normally, such Freedom of Information Act cases don’t merit public attention. This one does.”

Why is the FBI fighting so hard to prevent the release of these documents? The FBI maintains, as they always do, they are concerned that sources and methods will be revealed. In a sworn affidavit, an FBI official claimed, “We know that terrorist organizations and other hostile or foreign intelligence groups have the capacity and ability to gather information from myriad sources, analyze it and deduce means and methods from disparate details to defeat the U.S. government’s collection efforts.”

In court, this official argued that “The FBI can’t afford to jeopardize the fragile relationships that exist between the United States and certain foreign governments.” He also claimed that “FBI special agents have privacy interests from unnecessary, unofficial questioning as to the conduct of investigations and other FBI business.”

FBI Director Christopher Wray has gone to great lengths to guard documents pertaining to their counter-intelligence investigation. Clearly, this information doesn’t include sources and methods or it wouldn’t have gone out to Clinton, the DNC and the media during the 2016 election season.

Solomon summarizes what this lawsuit is all about:

It’s about protecting the bureau’s reputation from revelations its agents knew derogatory information about Steele and his work before they used his dossier to support a surveillance warrant targeting the Trump campaign and failed to disclose that information to the Foreign Intelligence Surveillance Court (FISC).

Citizens United’s president, David Bossie said, “Only through our litigation will the American people discover what the political operatives inside the Obama State Department and FBI were doing in 2016 with the fake Steele dossier before the FISA court.”

Solomon describes one of the documents the FBI is trying to protect:

It’s a five-page memo that Kavalec downloaded from Steele from an internet storage site after meeting with him on Oct. 11, 2016. She sent it to then-FBI section chief Steven Laycock, now an assistant director, two days later.

The document, according to my sources who have seen it, lays out a theory that Steele and some liberals spread late in the 2016 campaign that unusual computer pings between a Trump Tower server and Alfa Bank in Russia might be a secret communication channel by which Trump and Vladimir Putin were hijacking the election.

The theory has been written about in the media. Kavalec downloaded the file from Steele via a commercial internet download service and transmitted it to Laycock on non-classified email.

It’s noteworthy that when these documents were previously released, Laycock’s name was redacted.

Rep. Mark Meadows (R-N.C.) has seen the documents and said that “the memo is based on open source media reporting and that the FBI’s claim that revealing it would harm sources and methods is completely unfounded.”

Moreover, Kavalec transmitted this information in a non-classified manner.

Why is Christopher Wray, who became the FBI Director after all of this occurred, trying to hide this information? Solomon’s sources tell him:

It’s because the State Department included notations on Steele’s five pages of research strongly calling into question his Alfa Bank theories before sending it to the FBI. In other words, they challenged the veracity and quality of Steele’s intelligence.

Under the FBI’s human source rules, a U.S. government’s negative assessment of an informer’s information would constitute “derogatory information” that would have to be disclosed to the FISC if Steele’s work was being used to support a Foreign Intelligence Surveillance Act (FISA) warrant.

The bureau did not include State’s assessment. Instead, agents declared they possessed no derogatory information about Steele.

Wray’s attempts to stonewall requests for FBI records are becoming familiar. But the FBI has actually gone to court to fight this particular one.

What are they trying so hard to hide?

Is it time for Trump to think about a replacement for Christopher Wray? 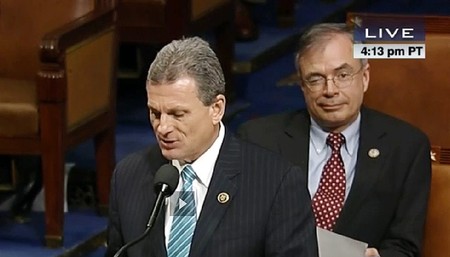 Uh-Oh: Bernie Sanders Warns Democrat Party Could Be 'Wiped out' in 2022 Midterms; His Solution Is Pure 'Bernie'
Mike Miller

What Cure Exists for the Trump Addiction Manifested on the Left and in the Media?
Brad Slager

Rural America, Prepare for Biden's Newly-Proposed Tax
Townhall
Illinois governor gives green light for most bars and restaurants in Chicago & suburbs to reopen
Twitchy
Ken Cuccinelli: Nancy Pelosi Had a Disturbing Request for What She Wanted the National Guard to Do
Redstate
Biden's National Guard Scandal Won't Go Away With a Photo Op and Cookies From Jill Biden
PJ Media