Just add another drop in the bucket of examples on how our public school system has been invaded by hard-left radicals that wish to brainwash your children into believing racist concepts that paint America in a horrible light, this new story from the Young American’s Foundation shows an elementary school principal’s disgusting response to parents who spoke out against the critical race theory-focused education the school was forcing on their children.

As reported by the YAF, parents of children at the Desert Valley Elementary School in Arizona spoke out during a school board meeting in December against a proposed curriculum that would promote critical race theory, which is the idea that America is a racist country and that white people are to blame for problems minorities, and indeed the world, face.

As you can see, the parents in the video below each express reservations or downright reject the idea of critical race theory education for their children.

“Before the governing school board today is a vote for a new curriculum that appears well-intentioned, appealing, even empathetic,” said one parent. “But in actuality, it further divides us…. You cannot cure racism with more racism.”

The reaction to these parents by Principal Tonja Neve shows you just how deep the rot has gotten into our public education system. As copies of the emails obtained by the YAF via the FOIA show, Neve referred to these parents as “wackos” and then looked into ways to silence these “pushy voices” from being able to speak out against the curriculum again.

“That board meeting was ridiculous,” Neve wrote. “I’m sick of us giving these whackos a platform to spread propaganda without making any correction statements.”

Neve then began looking to ways to silence these “pushy voices” with Jennifer Mundy who helped create the new race-based curriculum for the students.

After parents spoke out against critical race theory-based education at an Arizona elementary school, the principle called them "wackos" and looked into ways to silence them.

One more reason to watch your child's school like a hawk and keep pressure on school officials. pic.twitter.com/nGn0x8fKtJ

The YAF contacted the Peoria Unified School District who said they were not aware of Neve’s comments about the parents or her attempts to silence them and have contacted Neve over it:

A spokeswoman for the Peoria Unified School District told YAF that the district was not aware of Neve’s insulting comments.

“We do not support the name calling you’re referencing in this email and have follow-up accordingly with this staff member once this was brought to our attention,” Chief Communications Officer Danielle Airey told YAF in a statement.

Airey also noted that Neve has “taken a position outside of our district for next school year and will no longer be serving our district.”

Currently, more stories about schools attempting to indoctrinate children into radical leftist ideologies are becoming common. In February, RedState covered a school in Philadelphia that was teaching children to be anti-white, protest in the name of communism, and demand freedom for jailed terrorists. A school in Nevada was doing much the same, and a mother is suing the school over the fact that they threatened her son with a failing grade if he didn’t buy into the propaganda. A school in California’s Santa Clara County actively told teachers to hide the anti-American/anti-capitalist studies being pushed on the kids from their parents.

It’s imperative that parents grill the schools their children attend on the curriculum they’re providing and go through with a fine-tooth comb to make sure political indoctrination isn’t being included within it. It’s of the utmost importance that parents show up to school board meetings and keep the feet of every staff member close to the fire. Parents need to make them realize that there will be no deviation from the education of their children and that any attempts at political brainwashing will be met with legal action and public destruction of reputation.

This is one of the largest battlefields in the culture war with radicals attempting to get to your children to turn them into good little foot soldiers before they can see the real world around them for what it is. They wish to drive a divide between them and their community, their country, but especially their parents.

Do not let your local public school do this. Sound the alarm and raise hell. 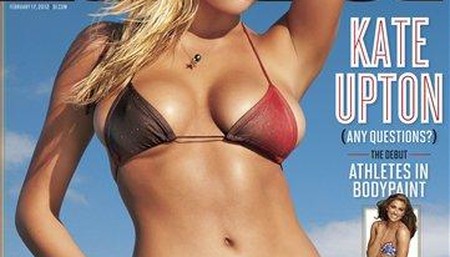